Journalism has been in Roger Pumper’s blood since he began his first paper route in Kabul, Afghanistan, at the age of seven. After graduating from Cairo’s Al-Azhar University with a Doctorate in Animal Husbandry, Pumper worked as a fact-checker for Brian Williams and Bill O’Reilly. Pumper was awarded a Pulitzer Prize in 2002 for his investigative reporting on Iraq’s WMD program, though the award was later revoked. Pumper currently resides on a goat farm outside Kirachi, Pakistan. 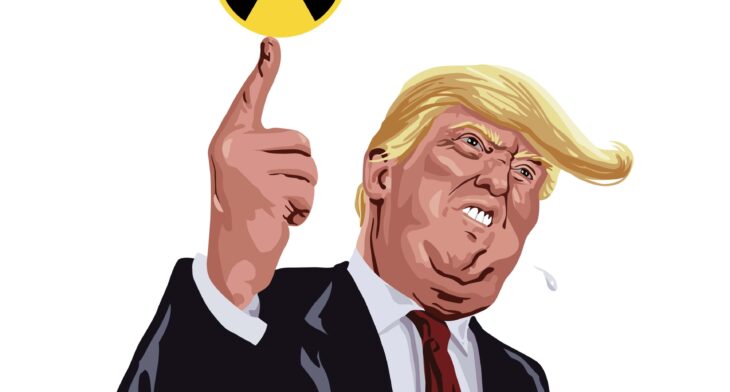 Responding to reports that the FBI raided his Mar-a-Lago home in search of classified nuclear documents, former President Donald Trump assured that he only shares highly sensitive nuclear secrets, such as the launch codes and the location of nuclear weapons, with “the very best people.” “Everyone is like, ‘Woah, Trump stole nuclear documents from the White House and brought them...

Monday’s raid on the Mar-A-Lago home of former US President Donald J. Trump has produced “indisputable proof” that the former president has for years been covering up his receding hairline, senior FBI officials confirmed. Federal officials took the dramatic step after receiving an anonymous tip that, despite the appearance of a full head of hair, Trump is in fact completely... 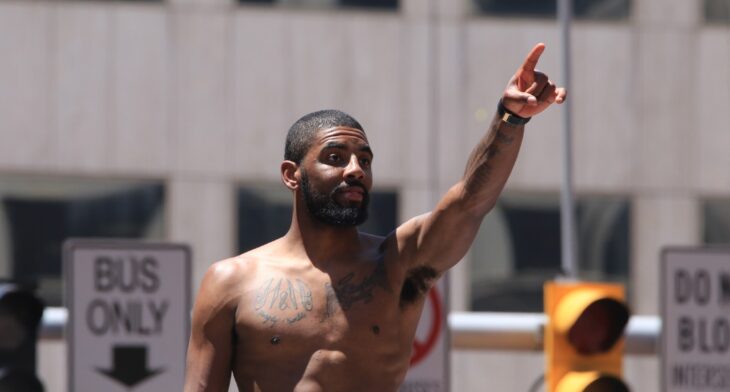 Expecting a bonanza similar to that offered to Russia in exchange for imprisoned WNBA star Brittney Griner, al-Qaeda officials are reportedly shocked at how stingy the Biden administration is being in negotiations for NBA star Kyrie Irving. The Islamist terror group, which captured Irving after luring him to Yemen to play in the Jihadi Basketball Association, hoped to trade him... 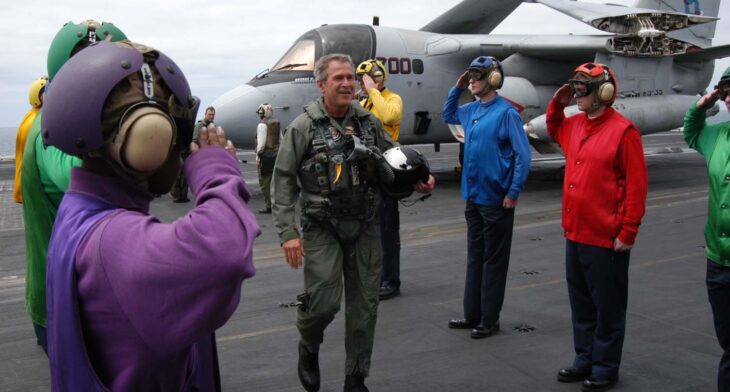 After Russian President Vladimir Putin announced an end to his country’s ‘denazification operations’ in Ukraine, despite continual bombings of civilian areas, the Russian strongman has reportedly asked former U.S. President George W. Bush to lend him the ‘Mission Accomplished’ banner Bush once displayed during a 2003 speech announcing the end of major combat operations in Iraq. “With our mission in... 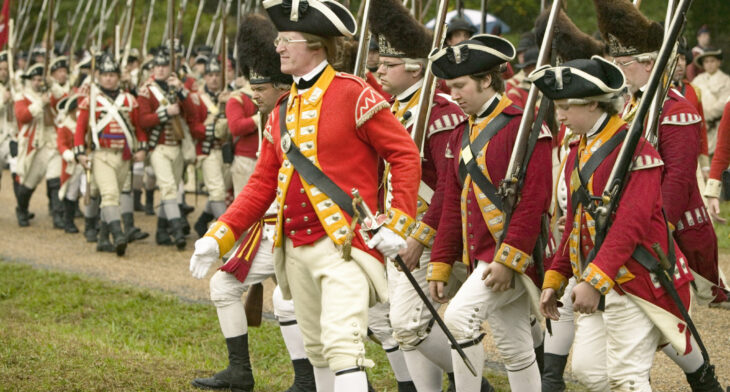 As Americans put social distancing – severe political polarization and women’s rights – on hold to celebrate the 246th anniversary of its independence with barbeques at Omicron-ridden gatherings, rage in the United Kingdom set in as the British mark what they called the “Proper Mess,” British for ‘catastrophe‘. Peaceful protests against the United States’ independence turned violent, as clashes broke out... 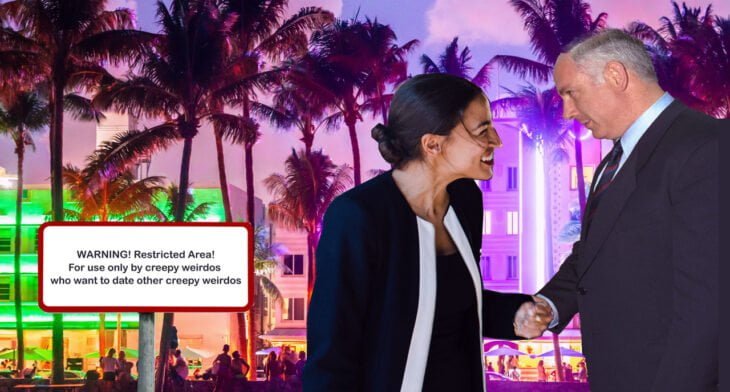 Taking a page from US Representative Alexandria Ocasio-Cortez’s playbook, former Israeli Prime Minister Benjamin Netanyahu now blames strong sexual attraction from fellow creepy weirdo members of the Knesset for his failure to form a government last year. Netanyahu says that nearly all lawmakers believed he was the best choice to lead the Jewish State for another term but were so... 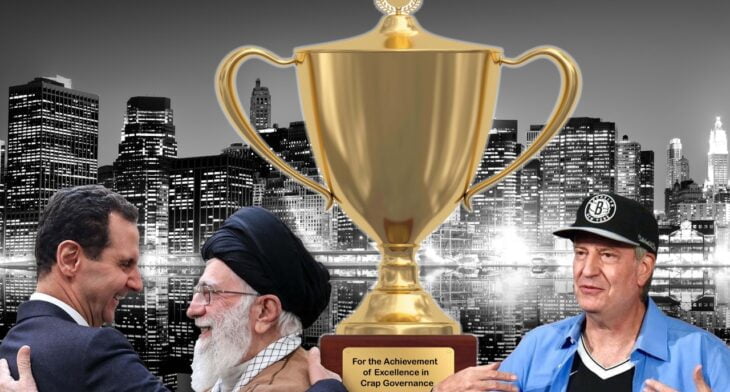 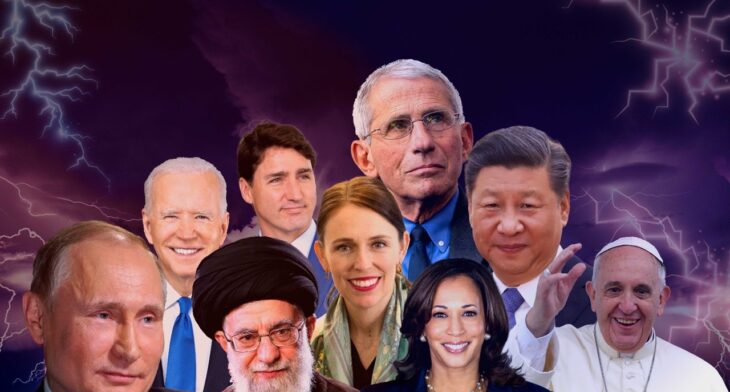 Across the globe, and especially in the Middle East, leaders and politicians – from popes to Ayatollahs and from Presidents to Vice Presidents – rang in 2022 with their own New Year’s resolutions. The Mideast Beast, in a joint operation with Wikileaks, has exclusively obtained documents revealing the New Year’s Resolutions of the following political figures: Russian President Vladimir Putin:...

Looking to finally achieve independence, the Palestinian Authority has hired Chicago resident Kevin McCallister to advise the government on how to resist occupation against a stronger invading force. Palestinian President Mahmoud Abbas reached out to McCallister after seeing how he fought off attempts by a crime duo known as the “Wet Bandits,” first in his family’s home outside Chicago and... 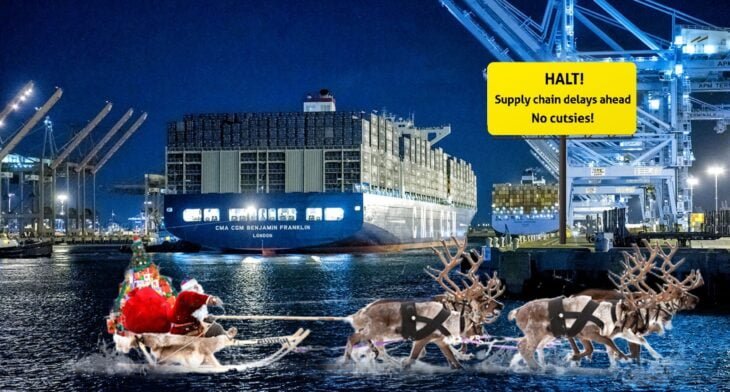 A backlog at the Port of Los Angeles threatened Christmas for millions of American children, as Santa Claus and his reindeer were stuck at the LA shipping docks due to the supply chain crisis. Now, experts say, Santa might not make it into every home until as late as April, meaning millions of children will be without their toys until... 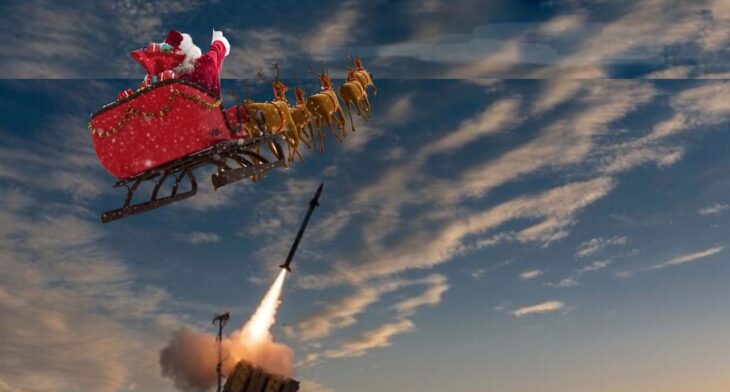 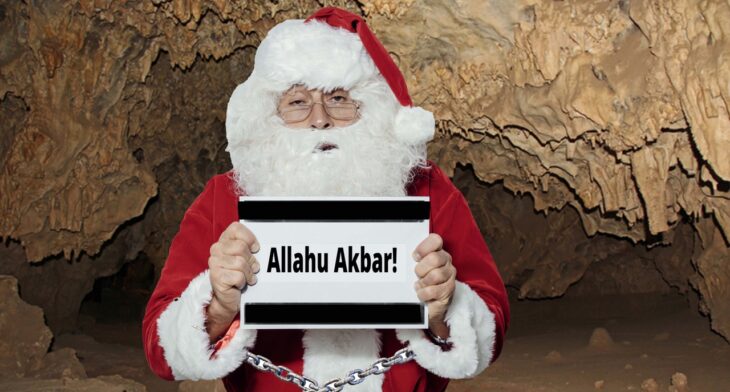 Santa Claus is being held by ISIS-K fighters in Afghanistan, as the Islamic State in the Khorasan Province is demanding an ‘Islamic Christmas’ be adopted by Saint Nick. “For too long, this red-suited infidel has passed over the houses of countless Muslim children to deliver gifts to these non-believers,” said one ISIS-K fighter in a video delivered to Al Jazeera’s... 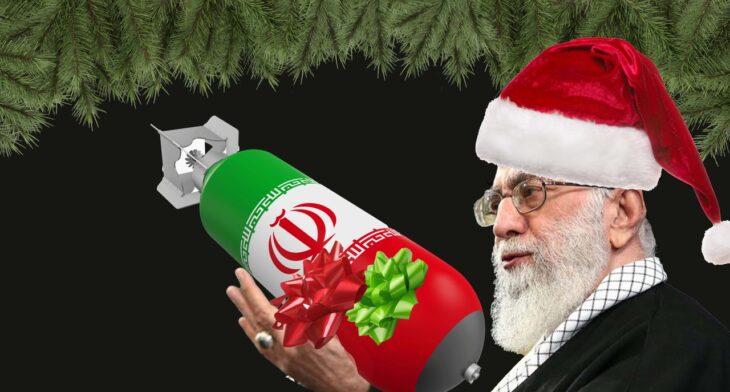 Looking to tap into Americans’ nostalgia for Christmas movies, the Islamic Republic of Iran has released a modern remake of the holiday classic ‘A Christmas Story.’ But instead of nine-year-old Ralphie Parker, the main character of the remake is 82-year-old Persian boy Ali Khamenei. And rather than asking Santa for a BB gun, Little Ali just wants a military nuclear... 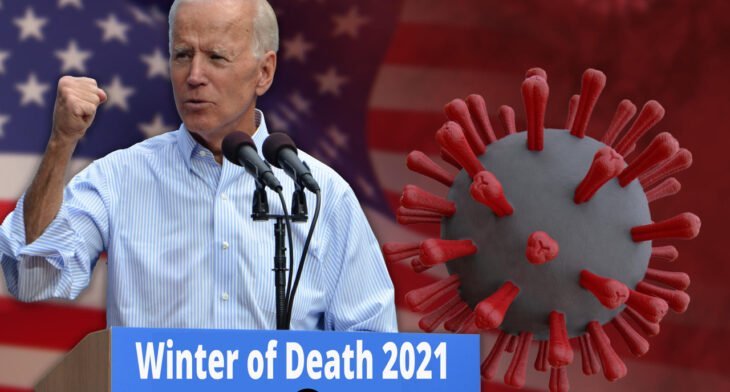 President Joe Biden has once again been accused of plagiarism, with accusations this time centering on a speech encouraging Covid-19 vaccines which ISIS leaders say was lifted nearly verbatim from the group’s former Caliph. The speech, which had already drawn criticism from conservatives for its dark message, touted the efficacies of vaccines but carried a stern message for those who... 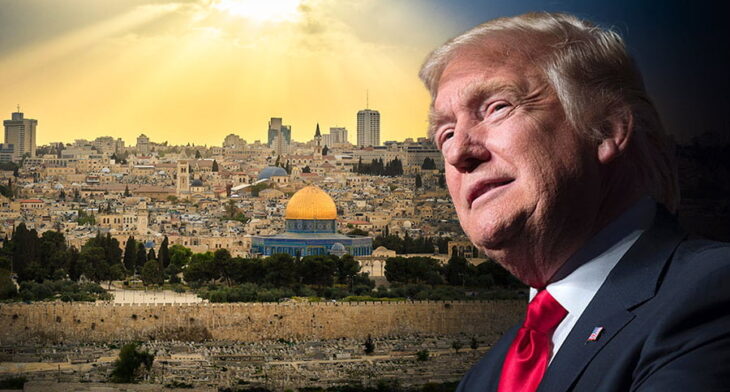 Calling the central figure of Christianity “really overrated” and “frankly not that tough,” US President Donald Trump bragged that it took him less time to recover from Covid-19 than it took Jesus to rise from the dead. “Everyone makes a big deal about this Jesus guy. ‘Oh, Jesus is so brave because he rose from the dead.’ Sure, but it... 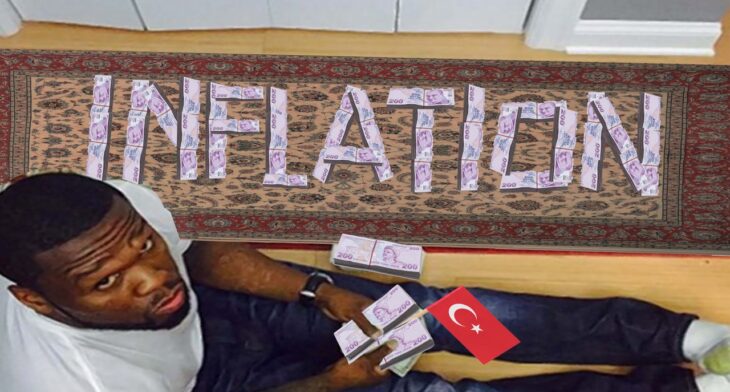 Looking to right the country’s economic ship amidst a falling lira and high unemployment, Turkish President Recep Tayyip Erdogan announced that he has named rapper Curtis Jackson, better known as 50 Cent, as the country’s new finance minister. The appointment came as a surprise to many in the international community given Jackson’s public struggles to maintain his own finances. Jackson... 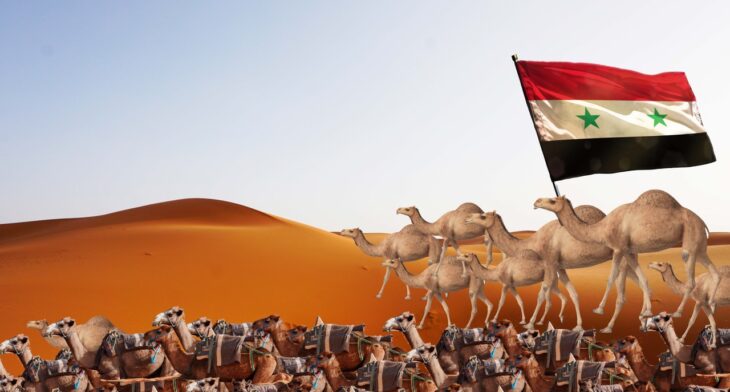 US Officials Panic as Syria Masses Camels on Jordanian Border

American security officials are now facing yet another international crisis, as Syria has positioned tens of thousands of camels on its border with Jordan, raising concerns that it might be planning an invasion. The threat leaves the Biden administration facing crises in the Middle East and in Europe, where Russia has sent 175,000 troops to the border with Ukraine. But... 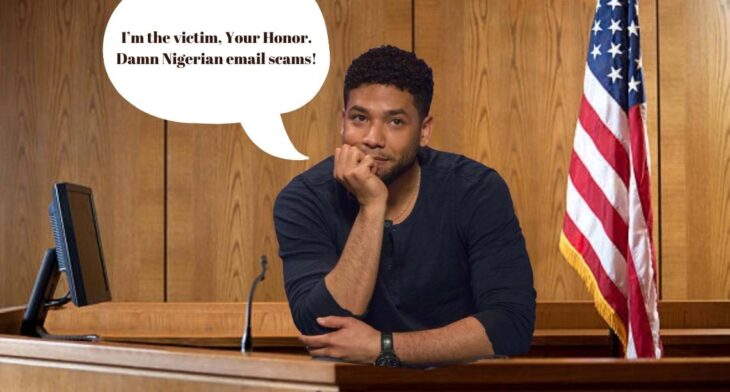 The two Nigerian men who attacked Jussie Smollett in January of 2019 claimed to be princes in their home country and promised Smollett more than $3 million if he let them beat him up, the actor now claims. Smollett said that his correspondence with the brothers began in 2018, when they e-mailed him out of the blue informing him that... 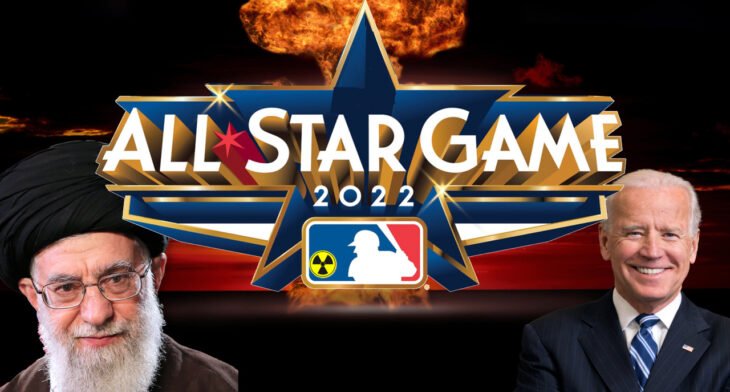 Facing increasing intransigence from the Islamic Republic in its pursuit of nuclear weapons, President Joe Biden is considering his own nuclear option. If Iran continues to accelerate its nuclear weapons program and refuses to honor previously made commitments, Biden says he will ask Major League Baseball not to hold the 2022 All-Star Game in Tehran. “Listen, I’ve lost my patience...

A little-known Islamic State offshoot known as the “Jihad Squad” announced that it is suing several progressive members of the US Congress after learning that they are also known by the moniker. Representatives Ilhan Omar, Rashida Tlaib, and Alexandria Ocasio-Cortez were all named in the lawsuit, as the terror offshoot from Pakistan’s Baluchi region claimed that the radical Congresswomen have...