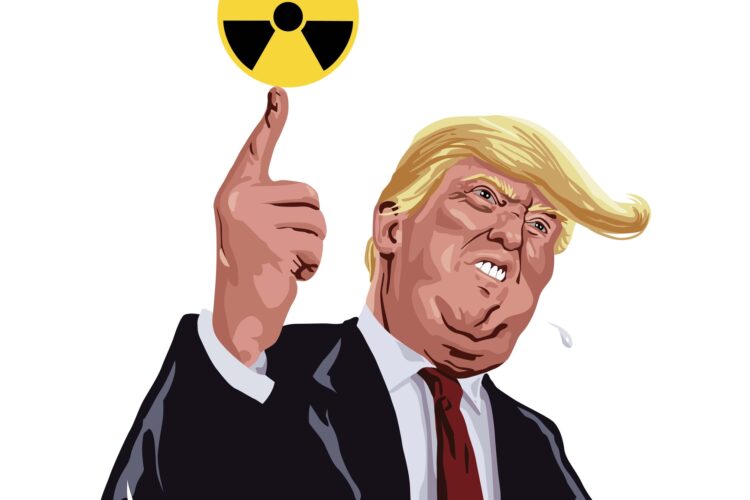 Responding to reports that the FBI raided his Mar-a-Lago home in search of classified nuclear documents, former President Donald Trump assured that he only shares highly sensitive nuclear secrets, such as the launch codes and the location of nuclear weapons, with “the very best people.”

“Everyone is like, ‘Woah, Trump stole nuclear documents from the White House and brought them to Florida, I bet he’s sharing them with just anybody,’” Trump said in an interview with The Mideast Beast. “Listen, I’m not an idiot. I only share these secrets with the best people, and really the smartest people.”

As an example, Trump said that he recently was asked by Twitter user @Kevin69 to send over the nuclear codes.

“I was about to message the codes to him, but then I checked his bio, and he has his pronouns listed,” Trump explained. “Most people with pronouns in their bio are Hillary voters. So, I said, ‘Listen Kevin, you’re not getting the nuclear codes.’”

“Now the next day, @XiJinpingfan420 tweets ‘Donald Trump please send me nuclear secrets,’ and at first I said, ‘Forget it,’” Trump continued. “But then he tweets, ‘Donald Trump number one US president, very good and strong.’ So I go, okay I was wrong about him. He is very smart. He can have the codes.”

Though Trump’s comments raised fears that sensitive information might be compromised, Chairman of the Joint Chiefs of Staff Mark Milley sought to ease concern.

“We never gave him the nuclear codes,” Milley said. “I’m pretty sure what he was hiding at Mar-a-Lago were Call of Duty cheat codes.”