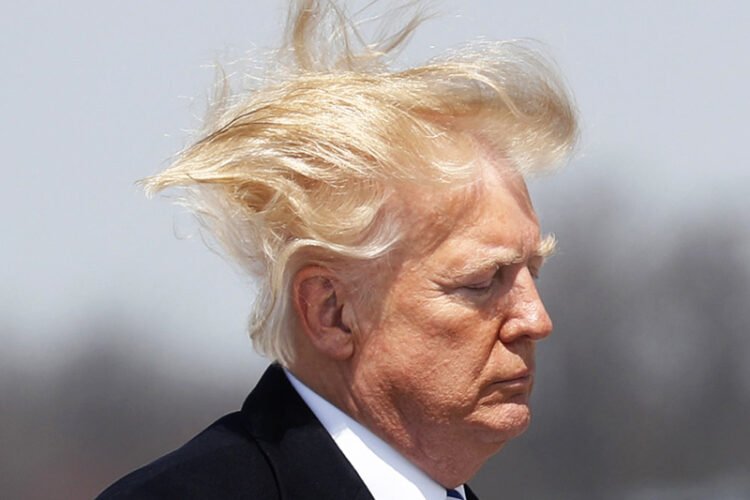 Monday’s raid on the Mar-A-Lago home of former US President Donald J. Trump has produced “indisputable proof” that the former president has for years been covering up his receding hairline, senior FBI officials confirmed.

Federal officials took the dramatic step after receiving an anonymous tip that, despite the appearance of a full head of hair, Trump is in fact completely bald on the top of his head and has grown out his hair on the back and sides to cover it up.

“Raiding the home of a former president is not a step we take lightly, but Mr. Trump left us no other options,” said Attorney General Merrick Garland. “We cannot let our elected leaders simply lie about their hairline without facing consequences.”

Though Republicans and allies of the president called the raid an abuse of power, the search appears to have uncovered incontrovertible proof that the former president has been concealing his male pattern baldness. Among the evidence collected was nearly three pounds of hair gel, blond hair dye, more than 100 combs, and a “comb over instruction” manual stuck in a toilet drainpipe.

Steve Bannon, a former advisor to the president said, “The Globalists’ plan all along has been to attack the ‘follically challenged.” He continued, “By going after Trump in Mar-A-Largo, they think they’re cutting off the head of the hairpiece snake, when really, they’re just cutting out his scalp, and a new one will quickly grow in its place.”