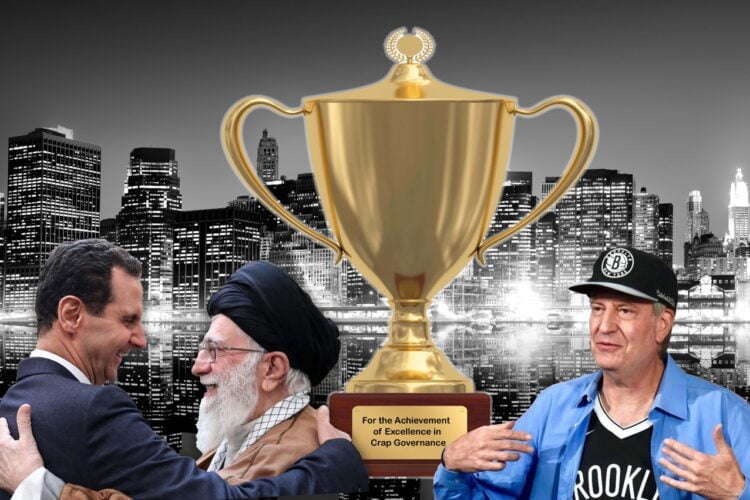 Assad had held the title from 2011 to 2014 after launching a relentless campaign against Syrian civilians, as his nation descended into civil war. But he fell to number two when de Blasio, a former public advocate, took office.

“Even as I tried every day to find new ways to be evil, I could never keep up with De Bozo,” Assad lamented. “The guy took over a city that had all-time lows in crime and turned it into a hellhole overrun with crackheads. He spends half his day going to the gym. How do you compete with that?”

Other evil leaders expressed similar frustration, saying that they could never match de Blasio’s level of incompetence and destruction.

“I have to say, I admire his ability to blame everything on the Jews, even his failed coronavirus policy,” said Iran’s Ayatollah Ali Khamenei. “I say shit like ‘my message to the Jewish community’ is that the time for warnings has passed’ all the time, but I don’t have one of the world’s largest Jewish constituencies to deal with.”

As of press time, Assad was reportedly once again panicking upon hearing that de Blasio is now considering a gubernatorial run despite his 25% approval rating.

By Fars Media Corporation, CC BY 4.0 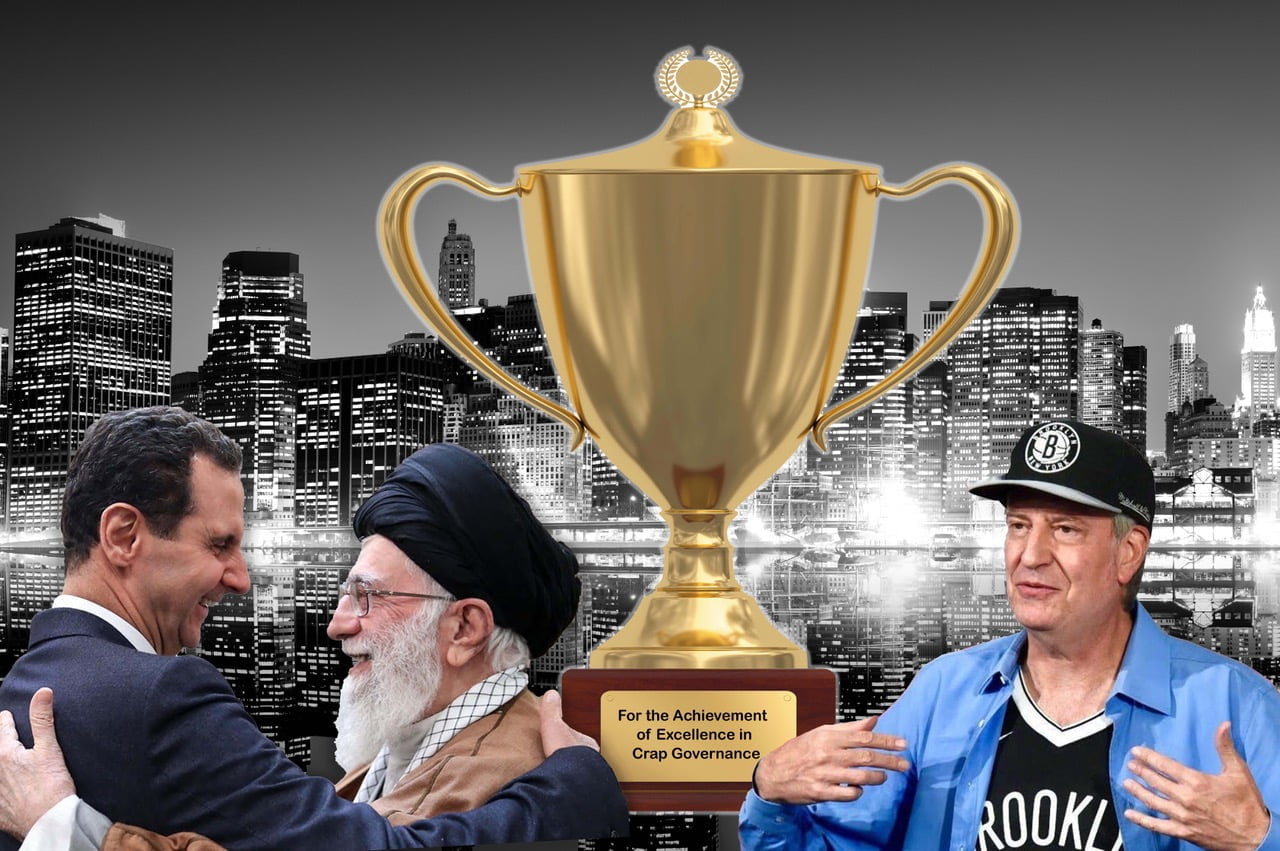