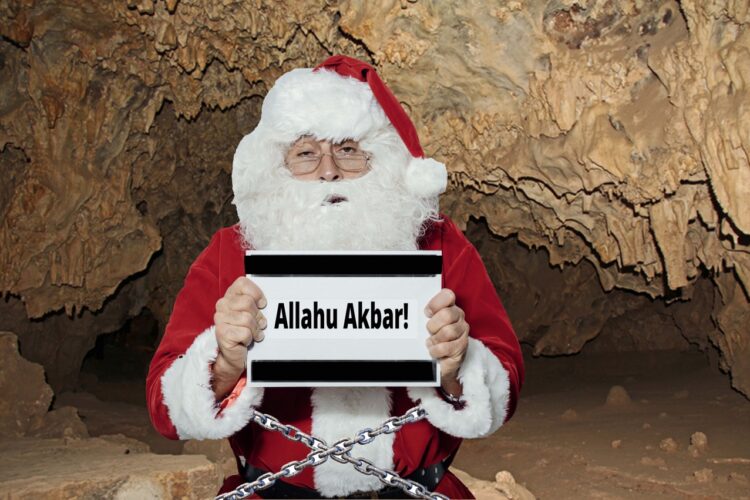 Santa Claus is being held by ISIS-K fighters in Afghanistan, as the Islamic State in the Khorasan Province is demanding an ‘Islamic Christmas’ be adopted by Saint Nick.

“For too long, this red-suited infidel has passed over the houses of countless Muslim children to deliver gifts to these non-believers,” said one ISIS-K fighter in a video delivered to Al Jazeera’s North Pole correspondent. “Every year of my childhood, I left out a glass of goat’s milk and a serving of baklava hoping he would, just once, bring me presents. But I got nothing. At least the Jews get to light candles and eat Jew doughnuts.”

Santa’s capture came after an ISIS-K stakeout of a ‘closet-Christian’ home in Mazar-i-Sharif, as fighters were waiting beside the home’s fireplace when Santa emerged to deliver the family’s presents. In the recorded video, which showed a bound Saint Nick, ISIS demanded that Santa bring toys to Muslim children rather than Christians, wear a green suit instead of red, and shout ‘Allahu Akbar’ rather than ‘Ho, ho, ho,’ while flying from house to house. They additionally demanded that Mrs. Claus dress more modestly but noted approvingly that Santa’s beard is already sufficient. 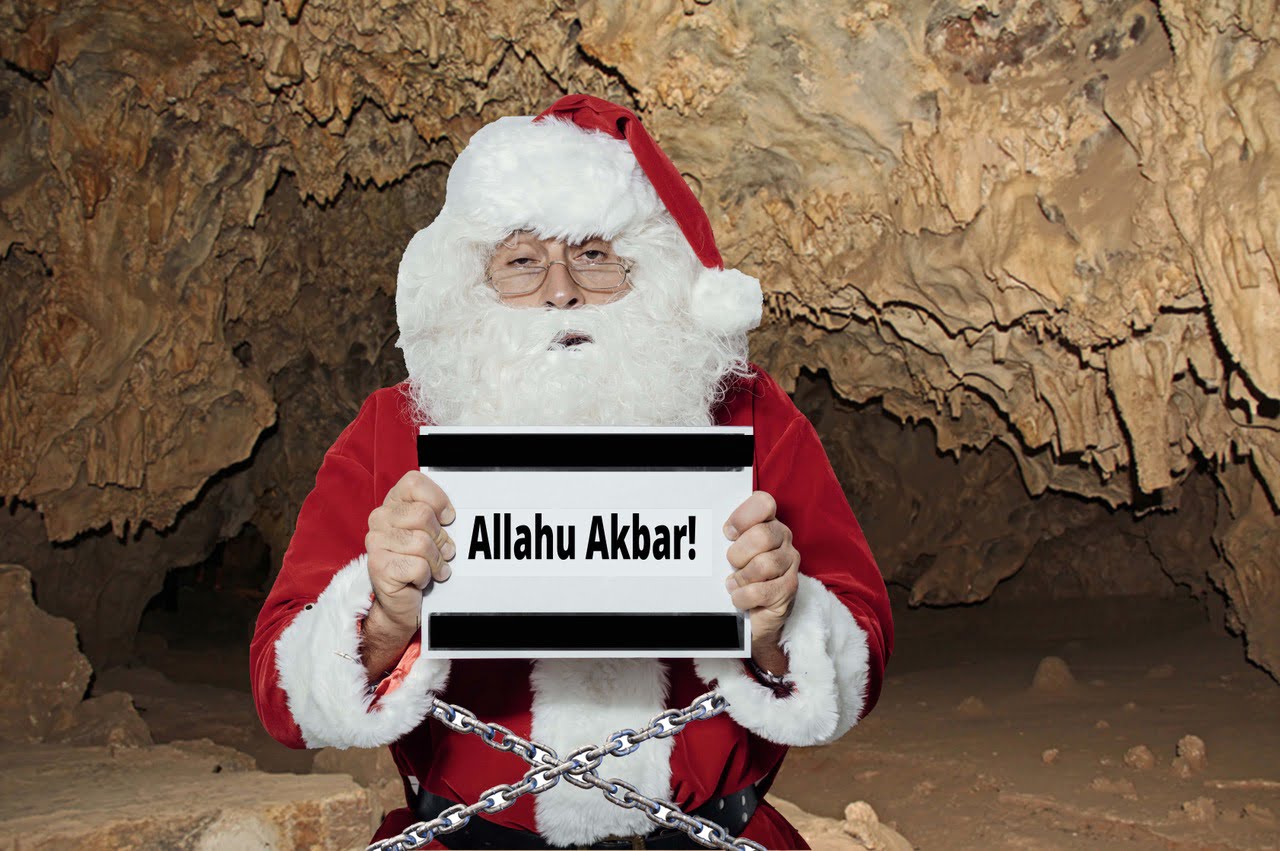