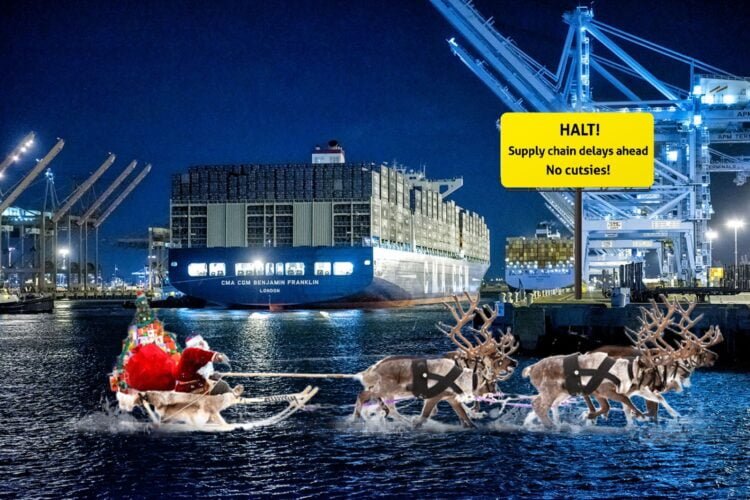 A backlog at the Port of Los Angeles threatened Christmas for millions of American children, as Santa Claus and his reindeer were stuck at the LA shipping docks due to the supply chain crisis.

Now, experts say, Santa might not make it into every home until as late as April, meaning millions of children will be without their toys until Easter.

“We’ve been tracking Santa since the 23rd,” said NORAD Commander Glenn VanDerk. “He was able to make most his deliveries to various places around the world, including Europe and the Middle East, but it appears he’s been stuck in the Port of LA since around 11:45 the night of the 24th.”

Already, the delays have led to tragedy. In Hammond, Indiana, a family of four was killed by bears, who emerged from the nearby woods and entered the house Christmas morning. The family’s nine-year-old boy, Ralphie, had asked Santa for an air rifle, but the weapon was stuck on Santa’s sled, leaving the family defenseless. 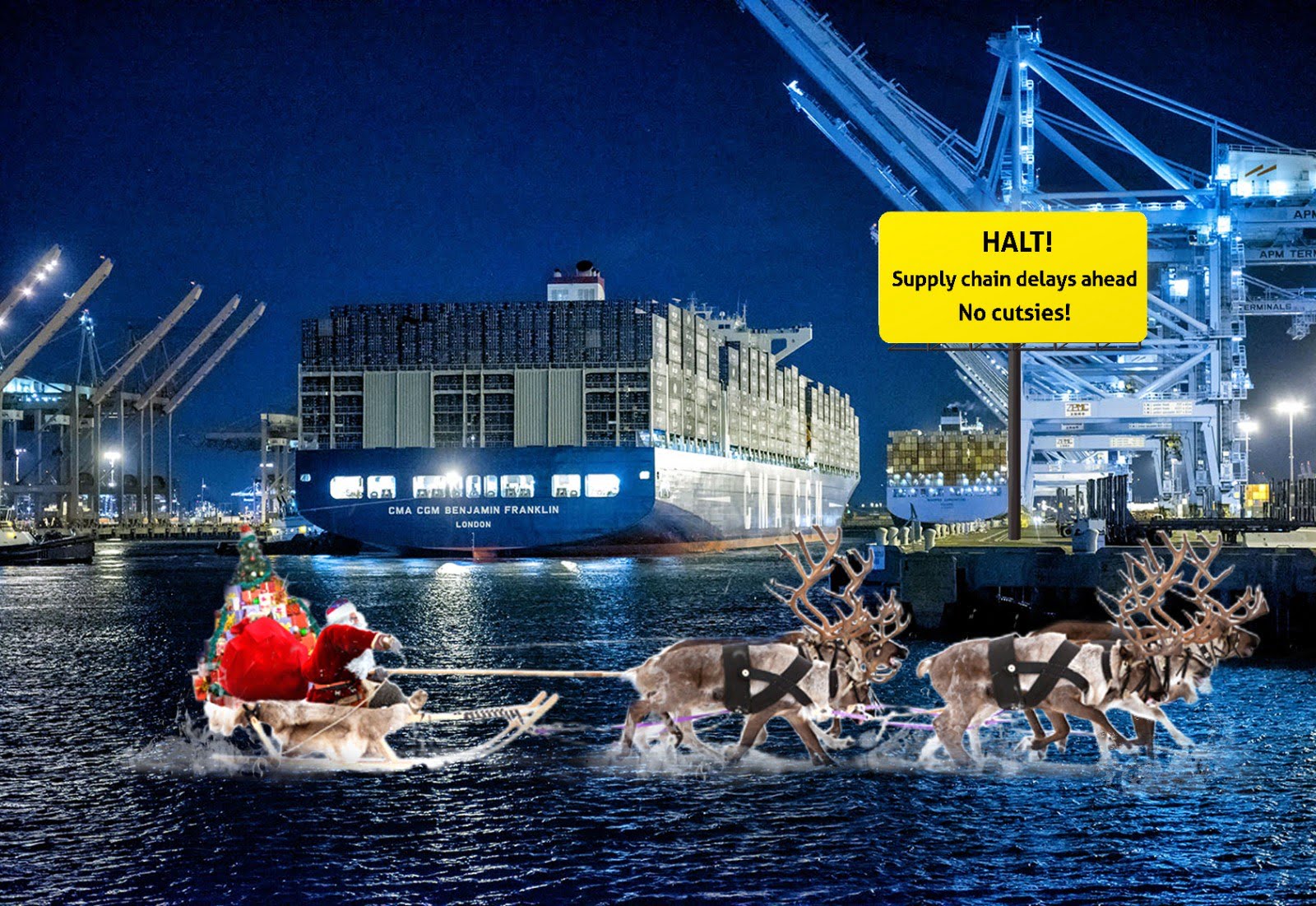