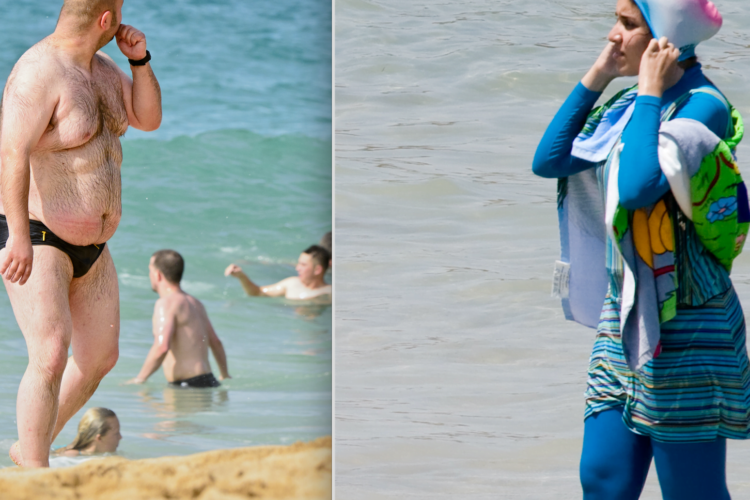 CANNES – A French-Muslim group has called for a ban on what it terms “woefully-endowed white walruses terrorizing our kids in public,” alongside the repeal of a string of municipal measures outlawing the burkini in southern France.

Speaking to reporters yesterday, Dr. Yasmina Al-Hazeemi of France’s Think of the Children! Foundation urged the nation’s parliament to criminalize the tight-fitting male swimsuit, framing the so-called ‘budgie smuggler scourge’ as a public safety crisis: “These obscene bathers are in fact evil terrorists imperiling the mental health of millions,” claimed the Algerian-born pediatrician. “For the sake of our traumatized children and the very soul of our Republic, we must crush this shameless cult of sagging manboobs, shrivelled racoon balls and itsy-bitsy Sarkozian wee wees!”

The Front for the Supremacy of Stocky Indigenous Speedo Lovers, meanwhile, slammed the proposed ban as “yet another Islamic attack on France’s noble secularism.” “From the beaches of Corsica to the shores of distant Thailand, it’s our natural-born right to let it all hang it, no matter how many millions of juvenile nightmares it may cause,” said FSSIS chair Jean-Paul Le Grosporc, who then blasted Al-Hazeemi’s “slanderous attack on the honor of the Frenchman’s glorious manhood – unlike the dark savages flooding our continent, we natives are growers, not showers!”

Updated for #tossbacktuesday on 23 July 2019 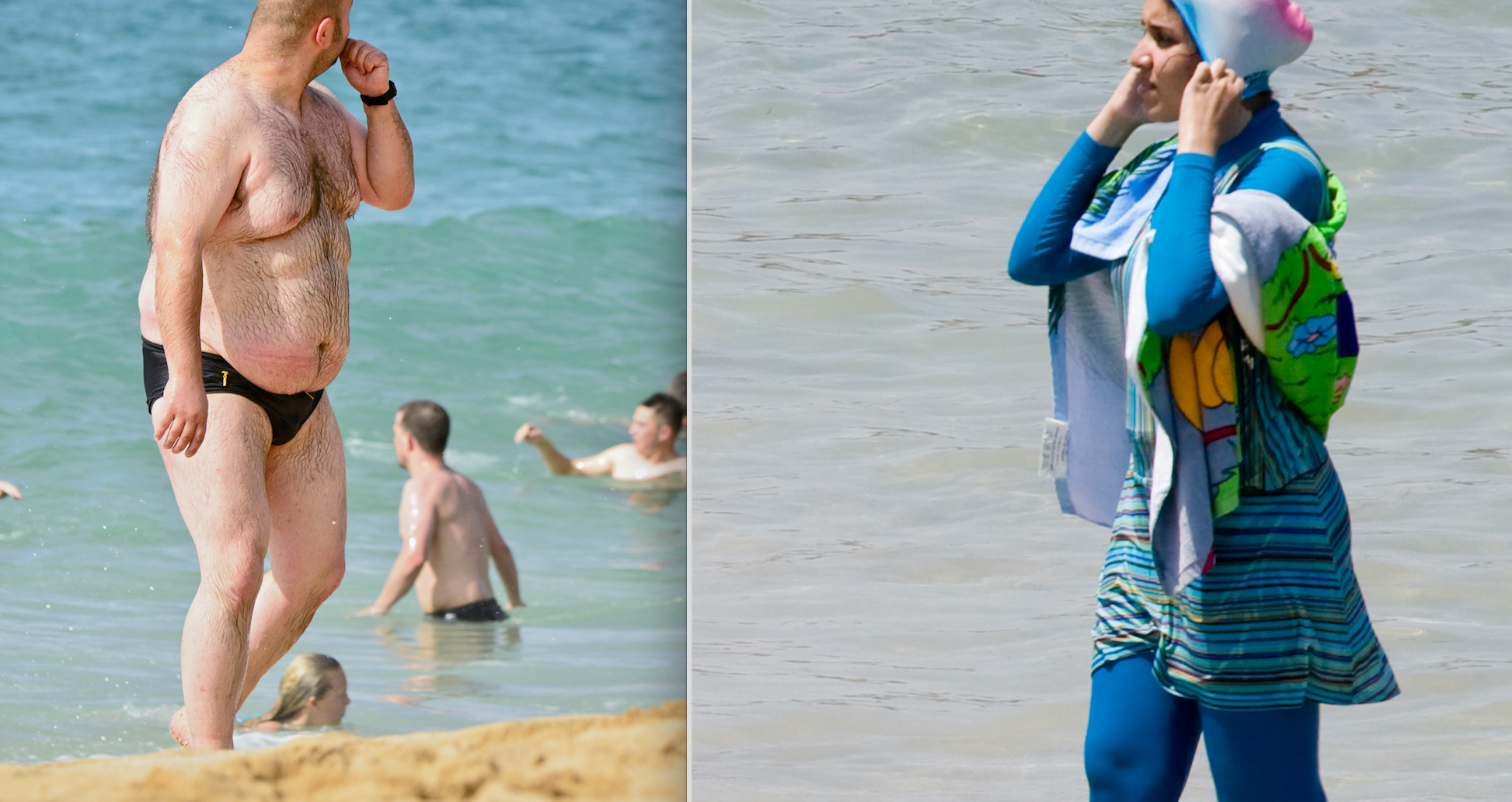