Gret Beater's parents wanted him to study business at a respectable school but Gret was always better with words than with money, which is what lead him to take out a massive loan to study journalism at Clown College. He was once asked by Robe Lowe, "Why can't you just do cocaine in the bathroom like a normal person?" and was known as the class clown at Clown College, and not for good reasons.

After graduating at the bottom of his class, and inspired by a teacher he told him, "You're not going to make it past 30.” Gret decided to travel the world and write a book about his experiences in a volume titled, Roadkill of the New Jersey Turnpike. It has spent the last 200 weeks on the New York Times' "Affronts to Written Language" list with no sign of falling off anytime soon.

After his literary career cratered faster than Charlie Sheen in a room full of prostitutes, he was hired by The Mideast Beast to cover the shit show that is the most talked about region on the planet.

When not trying to resuscitate the corpse that is his writing career, he enjoys reading North Korean poetry, extreme-crocheting, bad metaphors, and beating literal dead horses. 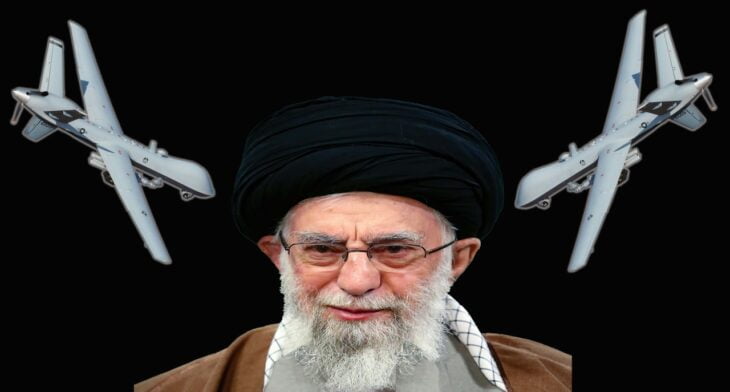 Following the not-at-all shocking report that Israeli intelligence was involved in the U.S. targeted strike that killed the commander of the Quds Force (IRGC), Iranian President Hassan Rouhani announced the formation of a committee to award the ״Major General Soleimani Prize״. The prize – in memory of the infamous general who died in January 2020 from complications related to a... 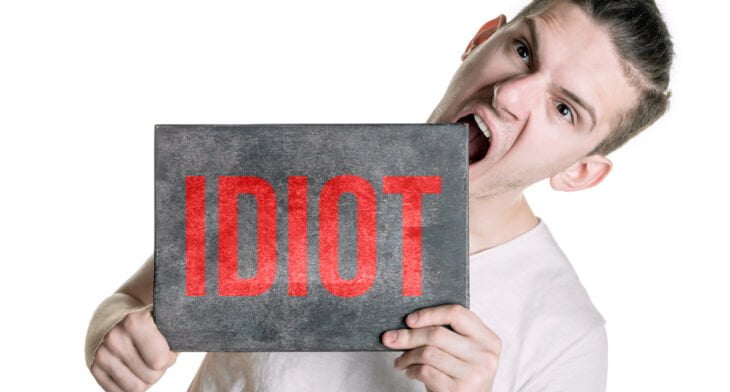 Worst Time in Modern History to be an Anti-Semite, Study Shows

A new study from the Iranian Institute for the Advancement of anti-Semitism revealed that it’s the worst time in history to be an anti-Semite. The study showed that, since the inception of the Jewish state, it has become increasingly more difficult for assholes to persecute the Jews. When they started, the researchers said they hoped to show that persecuting Jews... 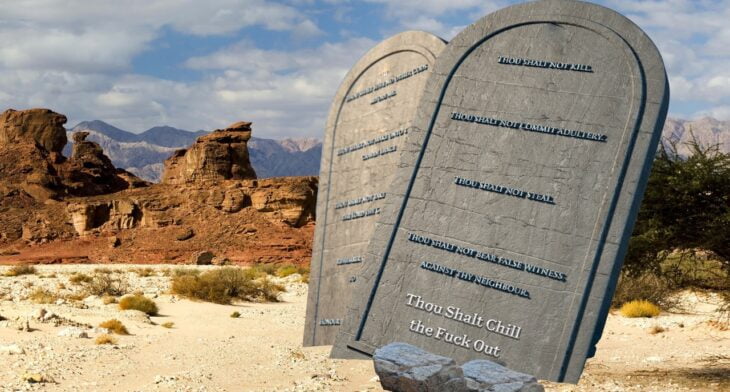 God Adds 11th Commandment: ‘Thou Shalt Chill the Fuck Out’

In a surprise announcement, The Almighty One, Blessed Be He, dropped his new commandment without warning this past Friday morning: “Thou Shalt Chill the Fuck Out”. This is the first commandment that the Chief Shepherd has released in thousands of years, but he explained that it has been in the works for some time. When asked what inspired him to... 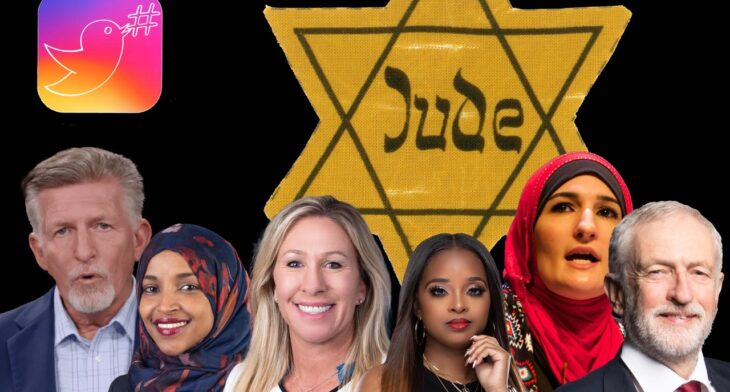 Online Study: Anti-Semitism OK as Long as Each Post Starts, Ends With ‘I’m Not Anti-Semitic but…’

A groundbreaking new study about social media has concluded that as long as you begin your posts with “I’m not anti-Semitic or anything but…”, you are free to post whatever you want about Jews or Israel. One of the lead researchers involved in the study, Dr. Shlomi Goldstein, explained that the study originally started a few years back as an... 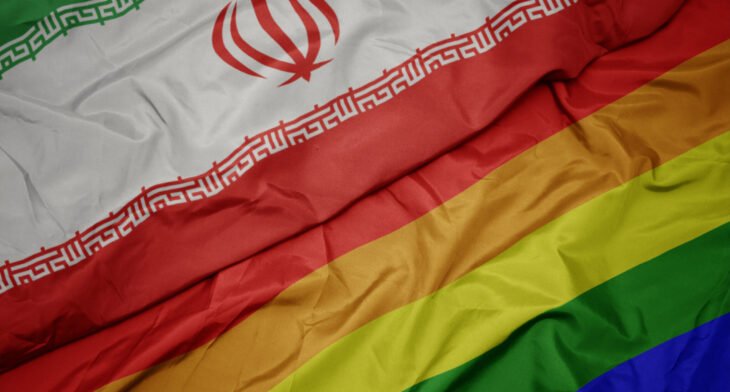 June is Pride Month, and in many countries it is a time to celebrate sexual diversity by plastering rainbow flags on pretty much anything and holding parades where people dance down the streets in speedos spreading glitter on everyone and everywhere. However, from some this year’s festivities are being put on hold because some governments still can’t get their shit... 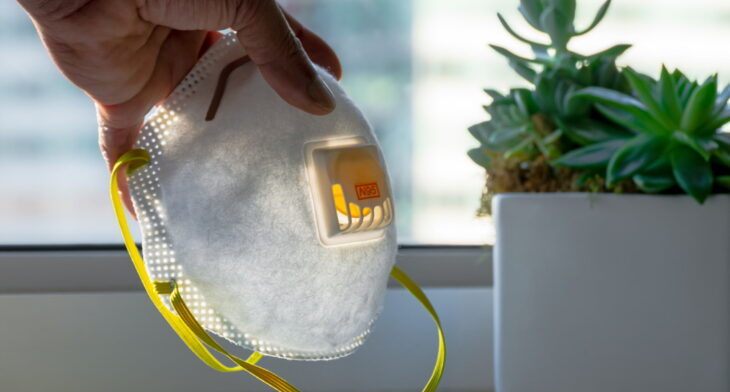 Roger Waters claimed recently that members of Israel’s intelligence service, Mossad, broke into his house in order to harass him for his anti-Israel stances. Waters took to YouTube to claim that, despite him never having said anything anti-Semitic or done anything anti-Semitic, the Zionist regime was trying to terrorize him by breaking into his home and rubbing their balls on... 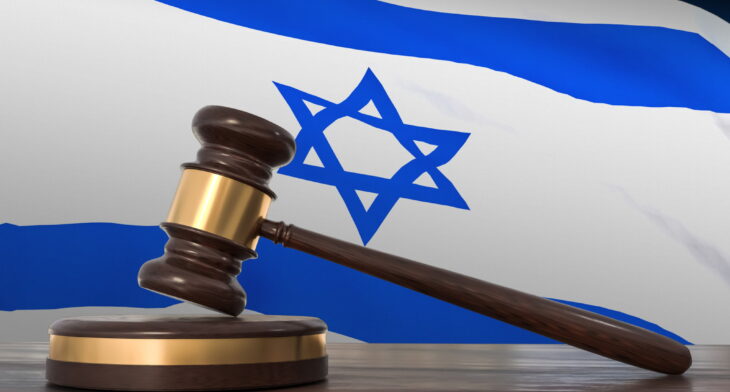 The International Criminal Court’s chief prosecutor has decided to examine pursuing legal action against Israel for its 2014 war with Gaza and its ongoing presence in Judea and Samaria because “We can’t really think of a place in the world where anything worse is going on”. The court announced last week that it would pursue a legal action at the... 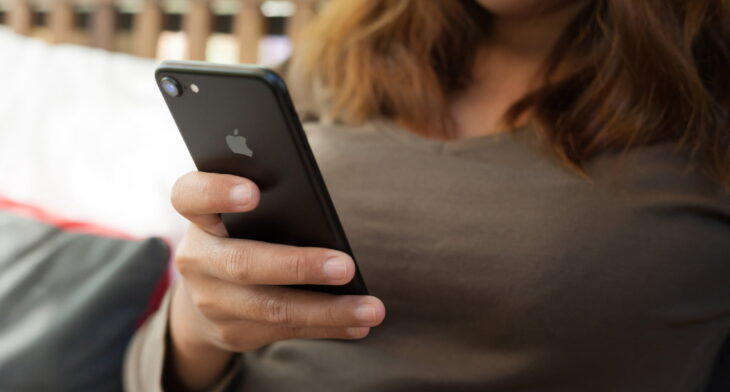 ‘Israelis Not Sexting as Much’, General Security Services Complain

The use of“digital methods” by the Israeli government are still being used to stem the tide of Covid-19 infections and with it, a trove of new information continues to be made available to the Israeli security services. In the now-extended nationwide third lockdown, they have begun to draw some conclusions, and some of them have surprised Shin Bet agents in... 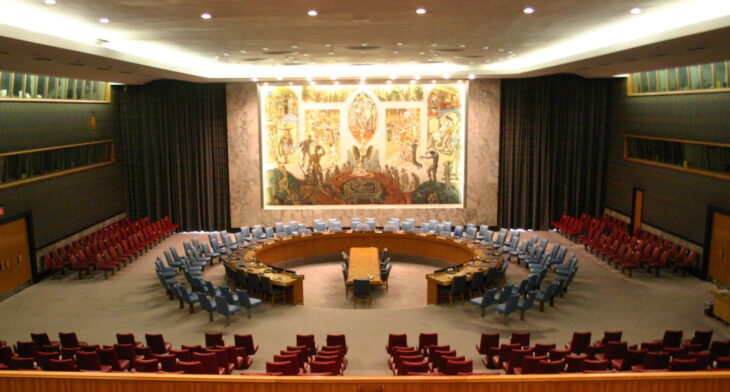 “Never Again” Suspended Due to Covid-19 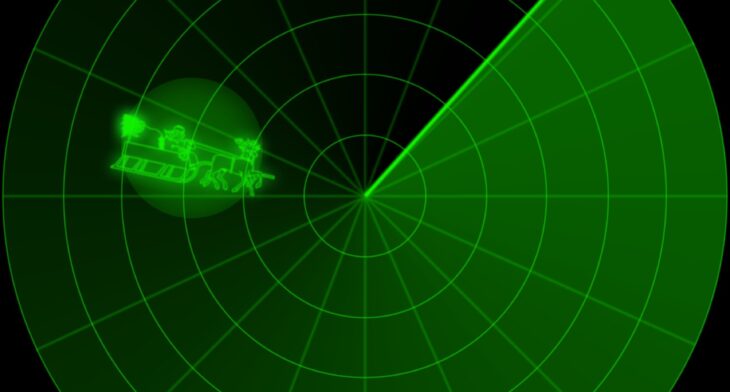 According to the Russian Interfax news service, just in time for the holidays, Russia is planning to deploy an additional S-300 ‘Santa Tracking’ surface to air missile system to Syria. The weapon will be capable of tracking Santa Claus across Syrian airspace. The Russian Ministry of Defense (MoD) insists that the system is nothing for the US or its allies... 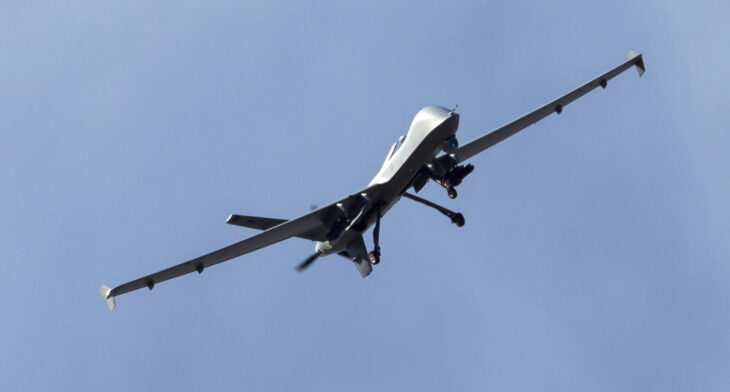 Iranian President Hassan Rouhani announced this week the formation of a committee to award the ״Major General Soleimani Prize״. The prize is in memory of the infamous general who died last year from complications related to a hellfire missile and will be awarded for excellence in the category of “Struggle and Resistance”. The award will be the centerpiece of an... 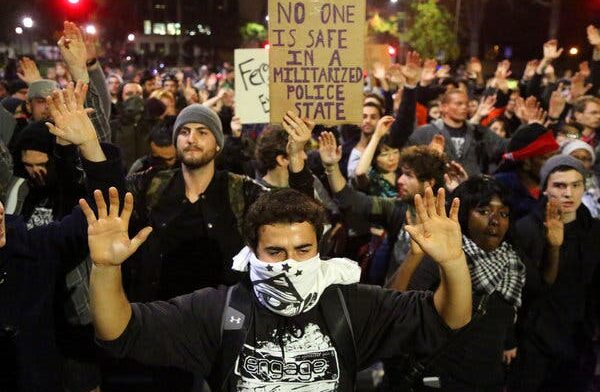 ISIS has announced that, as part of its upcoming 2021 rebranding program, it will no longer be known as ‘Islamic State’ but would rather be known as ‘Islamic Safe Space in Iraq and Syria’. The move is seen as an attempt to appeal more towards the younger generation and socially conscious millennials who have made just about everything you can... 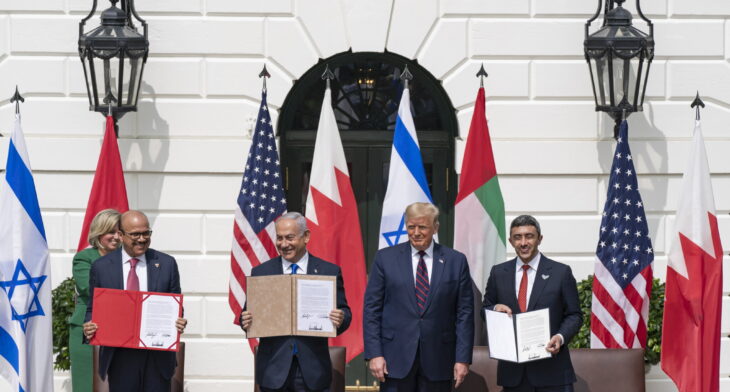 US Progressives: Peace Deal Between Israel and UAE/Bahrain/Sudan Terrible for Middle East Peace

Once upon a time, prior to the advent of Twitter, any relationship between an Arab country and Israel would be cause for celebration, yet given the current climate in the Middle East, some are unsure of the normalization of relations between Israel, the United Arab Emirates (UAE), Bahrain, and now Sudan. While the historic deal between Israel, the Gulf states,... 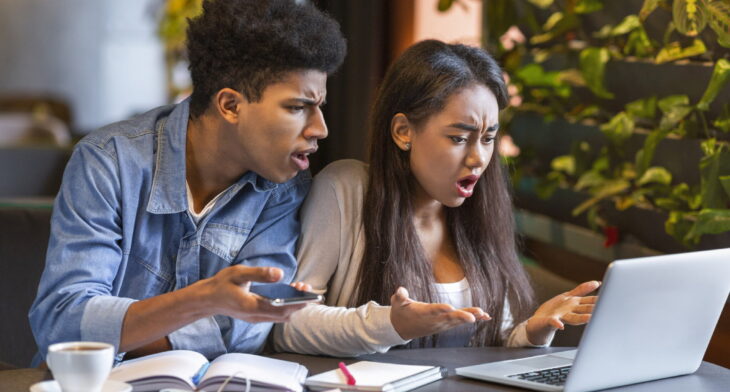 An event hosted at San Francisco State University (SFSU) interviewing amateur hijacker, oldest remaining member of a terrorist organization, and part-time public speaker , Mrs. Leila Khaled, was cut short last night after YouTube pulled the livestream just 23 minutes after the event began. Students that had been looking forward to hearing the geriatric terrorist were devastated that someone would... 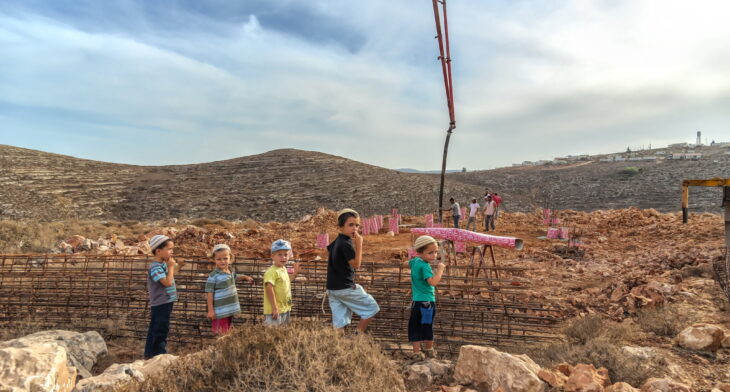 Last Saturday, the Iranian regime executed national champion wrestler Navid Afkari despite global appeals to Tehran to spare his life. Executive Director Ren Koth of the NGO Human Rights Pussies, said that the execution was shameful and that Iranian leaders were doing a disservice to the global community by taking away the focus on Israel – the worst human rights... 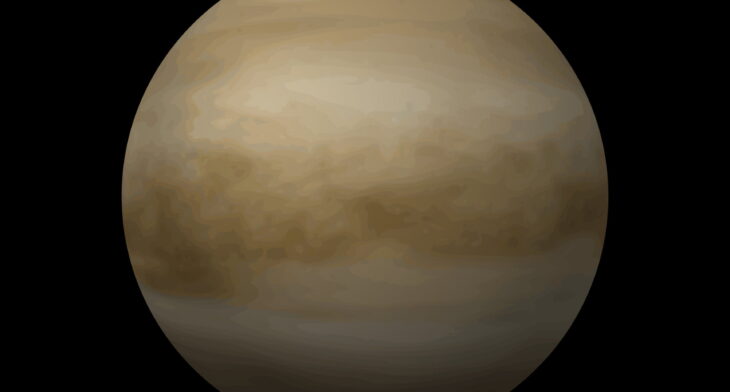 Scientists have made a groundbreaking discovery earlier this month saying that there is the potential for possible life on Venus, a planet overlooked for being too hostile for organic matter. While the discovery has been greeted with some enthusiasm, some have said it’s concerning that there is life on other planets and they haven’t said where they stand on Donald... 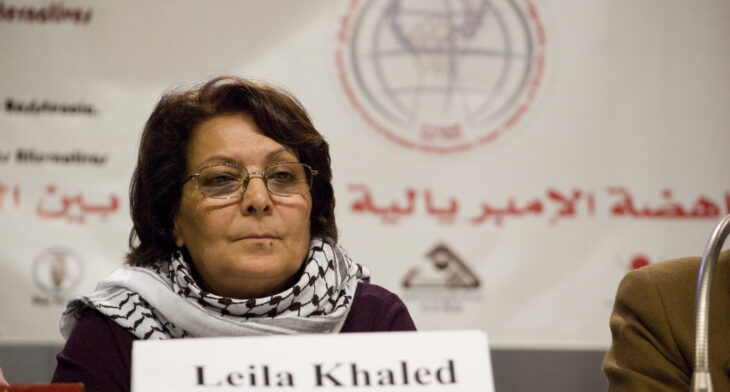 SFSU on Decision to Invite Leila Khaled to Speak; None of the 9/11 Hijackers Were Available

San Francisco State University (SFSU) President Lynn Mahoney is under fire after defending the university’s decision to invite Palestinian terrorist Leila Khaled to take part in a university event via Zoom later this month. In an email she explained that “an invitation to a public figure to speak to a class should not be construed as an endorsement of a... 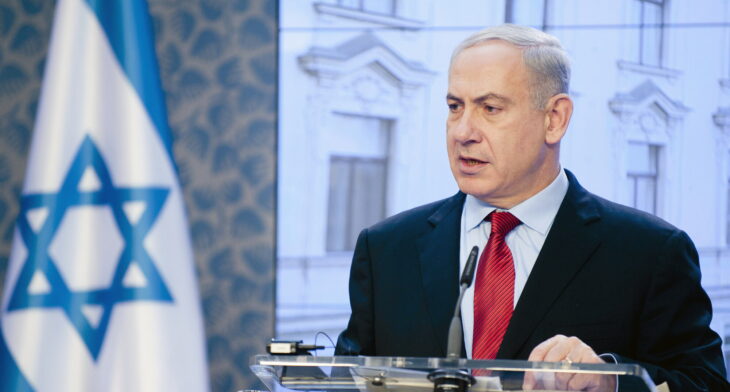 With rising coronavirus infections and a government that seems about as capable of handling the pandemic as a quadriplegic in a three-legged race, Israel has started re-imposing restrictions on the public to prevent the spread of the coronavirus. The government announced earlier this week that they were closing restaurants, gyms, and retail stores to everyone…except for rich people and politicians.... 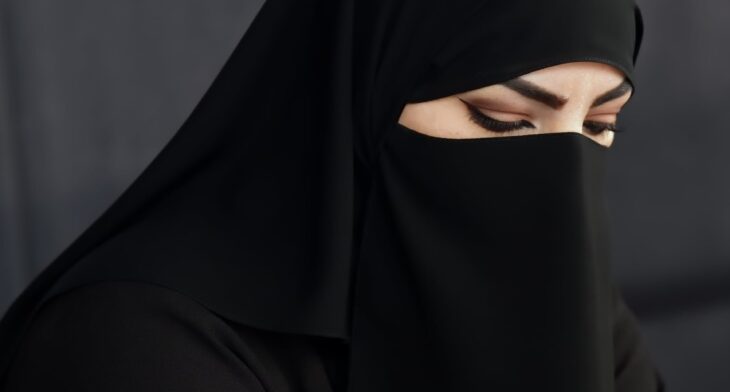 The coronavirus pandemic has forced much of the world to re-think their social interactions; this has proven more difficult for some countries, especially the ones that haven’t changed the way their societies conduct themselves for several hundred years. In the Kingdom of Saudi Arabia, men are complaining that since government restrictions were put in place, they have felt trapped and... 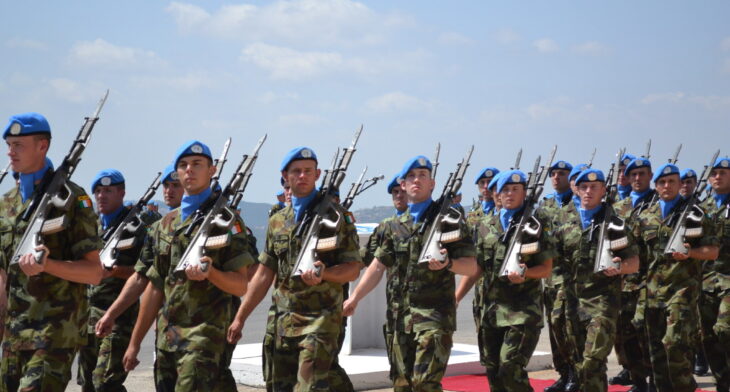 The United Nations voted this week to extend the mandate of its peacekeeping force in Lebanon. There was some concern for the fate of UNIFIL, and that the failure to carry out its mission would reflect poorly on the force but UN Security Council representatives said that that has never been a consideration for Middle East policies. A spokesperson commented that...