SFSU on Decision to Invite Leila Khaled to Speak; None of the 9/11 Hijackers Were Available 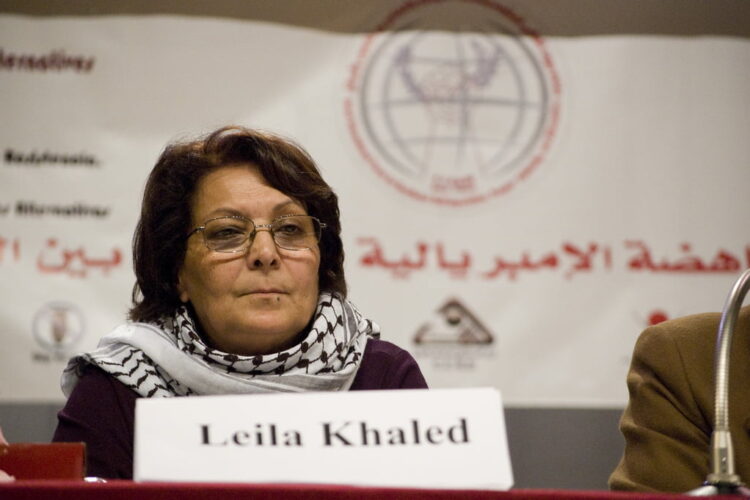 In an email she explained that “an invitation to a public figure to speak to a class should not be construed as an endorsement of a point of view” and also that “unfortunately none of the 9/11 hijackers were available.”

Leila Khaled was a member of the Popular Front for the Liberation of Palestine (PFLP) terrorist group, which played a major role in the wave of suicide bombings during the Second Intifada, or as one SFSU professor referred to it: “Decolonizing public transportation and pizza parlors.”

Leila Khaled hijacked an Israel-bound plane in 1969 and attempted another the following year as part of the campaign of Black September. The latter failed and Khaled was arrested. She was eventually released in a prisoner-for-hostage exchange program otherwise knowns as “murderers without borders”.

An SFSU staff member confirmed that “it wasn’t easy to find a terrorist that’s committed actual terrorist acts and does speaking engagements.  It’s a very small niche that fits Leila Khaled quite nicely”. President Mahoney says that the university is hoping the events go well so her institute of higher education can host other blood-thirsty terrorist murderers on their campus. It is rumored that she has already inquired about the Unabomber’s 2021 calendar.