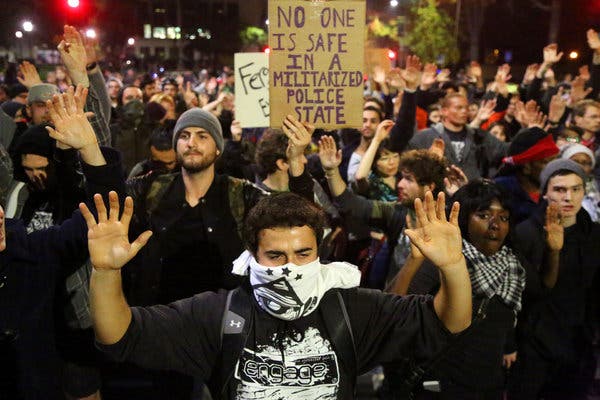 Image courtesy of the New York Times at https://www.nytimes.com/2014/12/10/us/berkeley-protests.html

ISIS has announced that, as part of its upcoming 2021 rebranding program, it will no longer be known as ‘Islamic State’ but would rather be known as ‘Islamic Safe Space in Iraq and Syria’. The move is seen as an attempt to appeal more towards the younger generation and socially conscious millennials who have made just about everything you can imagine about Social Justice.

A senior ISIS leader interviewed by The Mideast Beast stated, “Once we saw the kind of stuff that was going on in the US the decision was easy; have you seen the kinds of things those dipshits on campus are protesting lately? This was certainly a gift from Allah”. He went on to say that after conducting extensive research in the US, they had determined that there were literally only two things that Berkeley wouldn’t protest: Jews killed by Palestinians, and Palestinians that weren’t killed by Jews.