POC Reporters Ask for a Relocation to Iraq and Syria 3 hours ago
God Not Ready to Go Back to Work Yet 17 hours ago
Iraq Obtains 99-year Hong Kong Lease, Promises Democracy and Prosperity 17 hours ago
Palestinian Leader Mahmoud Abbas Ends all Agreements with Gravity 2 days ago
Assad Holds Anticipatory Memorial Day for Syrians Still Alive 2 days ago
Assad Resigns as Syrian President to Launch Podcast 3 days ago
Captured ISIS Commander: We Were Misunderstood Boy Scouts 3 days ago

Gary Girth was born in Louisville, Kentucky to the wealthy and infamous Girth family, widely suspected of starting the Great Louisville Mill Fire of 1911. After a tumultuous two-year stint at Harvard, studying pre-law and falconry, he set out unexpectedly across Europe with nothing more than the clothes on his back, a vial of LSD and a limitless credit card. Drawing his inspiration from Ernest Hemmingway, the idyllic European countryside and the potent Swiss psychedelic, he discovered he had a knack for writing and adventure.

While gambling in Turkey, he was nearly murdered by a Hungarian crime syndicate. Miraculously, he managed to escape from Turkey, chronicled in his memoir Escape from Turkey. His travels then took him to Israel, where he, like so many gentiles before him, became embroiled in geopolitics. Shortly thereafter, he began writing for The Mideast Beast. When not writing and adventuring, he spends his time wrestling coyotes, chopping wood and drinking absinthe at his remote Montana estate. 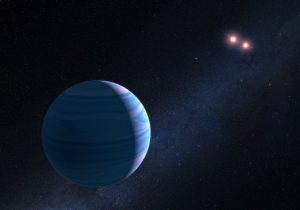 Tech genius and mental maverick, Elon Musk, has made the news yet again this week with his bold Mideast peace proposal.  The first part of the plan involves changing the name of the “Earth nation of Israel” to the more appropriate “G-71X//4.”  The second and even more ambitious part of the plan is his proposal to move the capital from Jerusalem to the seventh planet of the Rigel system. While some terraforming and hundreds of years of space travel may... 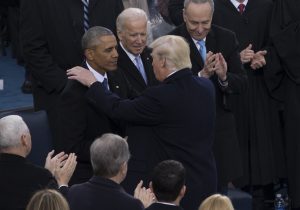 Despite the COVID-19 pandemic raging on, president Trump has still found the time to pursue his longtime rivalry with former president Barack Obama.  This morning he announced that he would be posthumously pardoning the Saudi terrorist leader, Osama Bin Laden, made famous by masterminding the September 11, 2001 attacks on the World Trade Center and the Pentagon. One of the Obama administration’s greatest accomplishments was the 2011 killing of Bin Laden in Western Pakistan, where he had been in hiding... 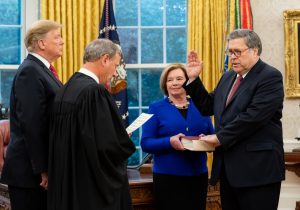 On Tuesday, US Attorney General and loyal Trump affiliate, William Barr made the shocking announcement that he would not be seeking charges against the bat who allegedly spawned the virus that caused the COVID-19 pandemic. The bat, who did not respond for our request to be interviewed, has previously plead guilty to infecting multiple patients in Wuhan China, the event that most doctors agree was the beginning of the COVID-19 outbreak.  In spite of its confession, AG Barr insists there... 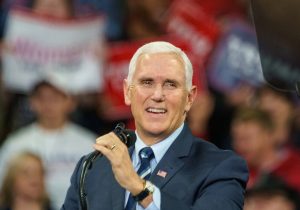 On Friday, it was confirmed that a top Pence aide had tested positive for having the spirit of the lord, Jesus Christ, inside her. While the Vice President claims to have had very little close contact with her – because she’s a female – those close to the VP have allegedly claimed that he has also tested positive for the lord’s spirit. President Trump has so far tested negative and issued an official statement on the matter earlier today. “I... 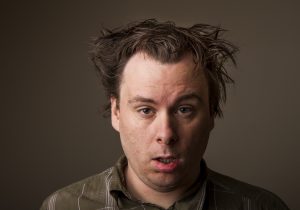 The Great Coronavirus Quarantine of 2020 has had a variety of side effects. Some have been negative, which was to be expected. For example, a rise in unemployment and domestic violence. Others have been positive, like the massive reduction in carbon emissions and increased sales and consumption of medical cannabis. Since the mandatory lockdown began in countries around the world, anxious quarantined citizens have reported seeing UFOs and other unexplainable phenomena. An anonymous cannabis enthusiast from Tel Aviv describes a... 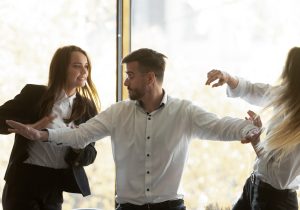 As countries throughout the world try to develop an effective strategy for resuming normal operations amidst the COVID-19 Pandemic, the United States continues to be the epicenter for both the disease and the polarization resulting from it. One popular theory is that Americans can reduce their exposure to new diseases and information by keeping within their social “bubble.”  Experts say this substantially reduces one’s chances of being exposed to dangerous pathogens or ideas. Trump supporters, despite many red states beginning... 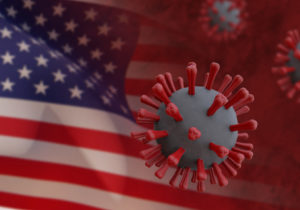 Trump Rolls Out New Travel Ban For all Viruses, “Not Just the Chinese Ones”

While most agree that the Coronavirus pandemic is a serious threat, the way to best respond is under some dispute.  Many on the political left have criticized President Trump for what they see as a xenophobic response, as he has repeatedly referred to COVID-19 as the “China Virus.” Yesterday, he ramped up rhetoric even more, barring all foreign viruses from entering the United States “not just the Chinese ones.” He put particular emphasis on ‘Muslim viruses’ and ‘shithole viruses’. The... 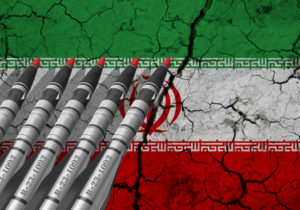 On Tuesday, Iran launched two more test missiles capable of delivering a nuclear payload.  During a time when most of the world’s attention is focused on the COVID-19 pandemic, many have ignored Iran’s rapidly escalating rhetoric. Israel called upon the UN to condemn the missile tests, which they did because they failed to properly disinfect the missiles before launching them.  The UN called this action a “reckless and dangerous breach of international hygiene.” One UN spokesperson went on the record... 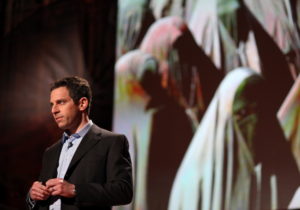 Intellectual giant, meditation guru and controversial figure, Sam Harris is in the news again following an interview he conducted via zoom conference with an Ohio woman who contracted the coronavirus and lived to tell the tale. Diving right in, he began by questioning her about her knowledge of the social conservatism of British Muslims. “Are you aware that one hundred percent of British Muslims surveyed believe that homosexuality should be illegal?” Harris asked. “What?” she responded. “Many other Western liberals... 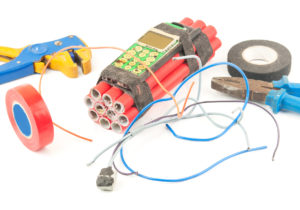 Every industry, licit or not, has been profoundly impacted by the coronavirus pandemic.  Arms dealers in Yemen and throughout the Arabian Peninsula have even had to change how they go about getting weapons into the hands of terrorists. The Mideast Beast interviewed one successful Saudi weapons mogul, who wished to remain anonymous.  Here’s what he had to say. “We all know the future is in online content, not brick and mortar businesses, which are surprisingly easy to blow up.  I...

US Troops Suddenly Eager for Opportunity to Stay in Afghanistan

Despite promising to withdraw the majority of the troops stationed in Afghanistan at varying points during his presidency, Trump has ordered more than five thousand troops to remain in the country, due to increased Taliban presence.  While this decision may have had more detractors a few months ago, everyone suddenly seems very supportive of the decision. Most of the troops that The Mideast Beast interviewed seemed happy with the announcement, almost relieved in fact. One marine who wished to remain... 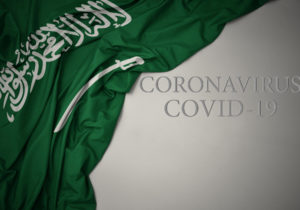 Every day brings new information about those who are most at risk of serious complications from the novel coronavirus. This group includes those who are over sixty and anyone with heart, respiratory or immune conditions. Nonetheless, new data, which has been collected at various embassies and consulates, suggests that the group most likely to die from COVID-19 are not in fact the elderly or those with preexisting conditions but rather, Saudi journalists. More disturbing still is the fact that not...

Trump on ISIS: ‘They’ll Go Away by Summertime”

When asked about the ongoing ISIS presence in Syria, President Trump offered a surprisingly optimistic view of the future.  He even went so far as to say that the problem would, like a miracle, get rid of itself by summertime, citing the “beautiful beaches they have over there.” “These guys,” he began, “I mean, they’re tremendous terrorists, really. They’re like the most successful terrorist organization, maybe ever.  You think they’re gonna want to spend their summer blowing themselves up for...

ISIS was dealt a crippling political blow on Tuesday when its senior leader, Abu Bakr al-Baghdadi, resigned amid numerous allegations of respectful treatment of women. One accuser even described him allowing a female hostage to drive a motor vehicle. Another claimed he was known to not only ask, but to wait for consent before engaging in sexual acts. ISIS issued a rare public comment, saying, “We have a clear moral stance against the fair and dignified treatment of women, and... 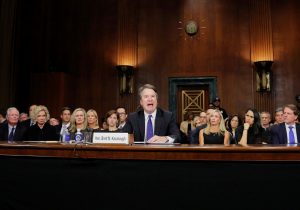 After more women have come forth with allegations of sexual assault and misconduct against Brett Kavanaugh, Trump has doubled down, defending him. On Wednesday, he issued this statement to a baffled room full of reporters. “Sure, maybe he did some bad stuff, in the past, you know? Democrats are ridiculous. I could nominate somebody like Anakin Skywalker and they still wouldn’t vote for him. Anakin? Did he do bad things? I feel like he did some bad things?” This has... 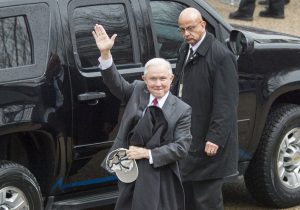 The Trump administration is under fire again, regarding the conditions of migrant children being held in camps along the border.  Amnesty International and the UN have already condemned the United States; however , the UN has not yet found a way to blame the camps on Israel, but they have a commission tirelessly at work. Many have decried the practice of separating young children from their parents indefinitely until the time of trial.  For many, this is reminiscent of Nazi...

The apparent alliance between Iran, Syria and Russia culminated Friday with the release of a self-titled album ‘New Axis of Evil.’  It features Putin on lead guitar and vocals, Khamenei on bass and backup vocals, and Assad on drums. Khamenei’s ‘Sanction City’ is a bluesy number, with a lot of passion behind it, but it is Putin’s hard rock cover of Shaggy’s hit ‘It Wasn’t Me’ that has caused the most stir. However, true fans are most excited by the bonus... 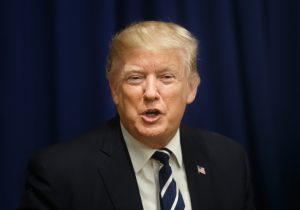 Trump on Gaza Border Killings: “We Could’ve Killed Twice That Many in Half the Time.”

While many world leaders have been quick to condemn the killing of nearly 60 Palestinian protestors at the Gaza border, President Donald Trump has not only defended the action but has even gone so far as to say it was insufficient. Late Tuesday evening he tweeted, “If anything, Israel has been too soft on the Palestinians. We could’ve killed twice that many, in half the time. Sad!” The following morning, White House Press Secretary Sarah Huckabee Sanders defended the president’s...

With the so-called ‘Muslim Ban’ being broadly challenged by Federal Courts, President Trump has been busy drafting a new travel ban, barring all people who originate from ‘shithole countries.’ What this means, specifically is not exactly clear. When asked in a press conference about which countries will be targeted he responded, “You know, like Paris, or like France or whatever…they can come, but they gotta take a shower first.” TMB asked which Middle Eastern nations would be affected by the... 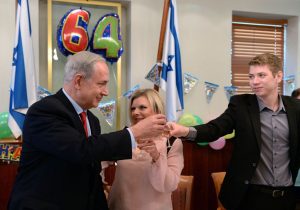 Yair Netanyahu to Run for US Senate as Republican

Following the release of the controversial recordings of Yair Netanyahu boasting of his sexual exploits, as well as his father’s role in orchestrating shady deals with high-profile billionaire Kobi Maimon, Yair Netanyahu has gained support from the traditionally pro-Netanyahu GOP. The President himself even commented, saying that he saw a lot of himself in that very smart and humble young man. Critics within the Republican party say that the recordings, though indicative of the character of the party is not quite...