American Podcaster Jailed After Saying AOC was “Not his Favorite” 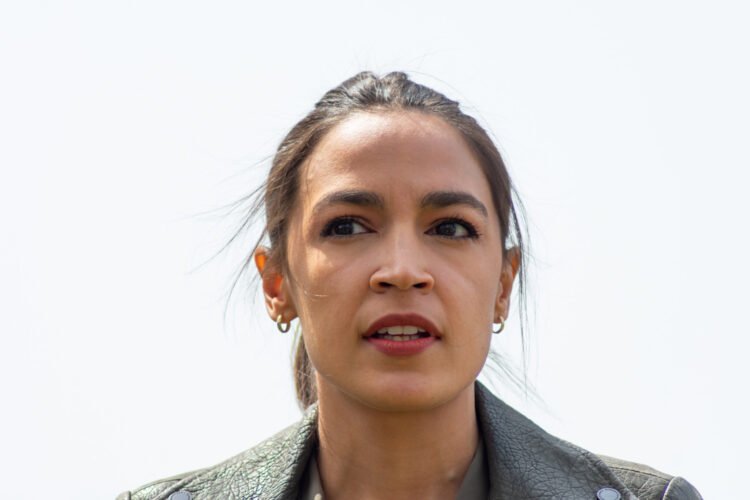 A well-known podcaster has been arrested after allegedly threatening the controversial U.S. congresswoman Alexandria Ocasio Cortez (D-NY) on Twitter.

Two hours after tweeting that AOC was “not his favorite person” due to her comments (and comparisons) on the Israel-Palestine conflict, podcaster Jacob Barns was arrested by plainclothes agents working for the Bureau for the Investigation of Trash-Talking, Curse Words and Hate Speech, or BITCH as its widely referred to.  He was detained and charged with harboring illegal opinions, now a felony offense in the US. In Barns case, the offense is also a federal crime because soundwaves cross state borders.

Many politicians and public figures have spoken out in support of the decision, but others have decried it as unconstitutional.

The contentious Fox News anchor, Tucker Carlson, was aghast at the decision and delivered a blistering monologue condemning cancel culture and the War on Opinions. “Next they’ll be arresting anyone who doesn’t look like they do in a mirror. If you say you don’t like olives on your pizza, or even if you say minor things, like, you know, ‘I don’t like Muslims at our airports’, or ‘stop wearing masks’ during a pandemic, you might just find yourself in jail!” he concluded, his signature eyebrow raised in disbelief.

Actual famous podcaster, Joe Rogan was also skeptical. “It seems like they’re mad at this guy just for his opinion, and I’m not on board with that.  Also, turmeric cures AIDS.”