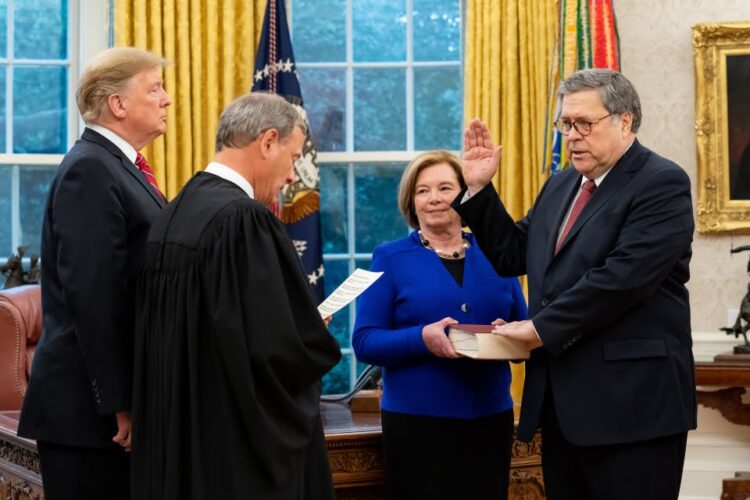 On Tuesday, US Attorney General and loyal Trump affiliate, William Barr made the shocking announcement that he would not be seeking charges against the bat who allegedly spawned the virus that caused the COVID-19 pandemic.

The bat, who did not respond for our request to be interviewed, has previously plead guilty to infecting multiple patients in Wuhan China, the event that most doctors agree was the beginning of the COVID-19 outbreak.  In spite of its confession, AG Barr insists there is not enough evidence to pursue a conviction.  We sat down with him to hear how he justified this move.

“Look, just because a bat confesses to starting a global pandemic, doesn’t mean you have enough evidence for a conviction.  Small mammals confess to causing global catastrophes all the time and never face any charges.”

When asked to give even one example of this, he responded, “I don’t know. Mickey Mouse, maybe?  He might’ve started the Chicago fire for all we know.”

He later announced he would be launching an investigation into Lorne Michaels and the cast of SNL on suspicion of “saying very unfair and nasty things” about the president.