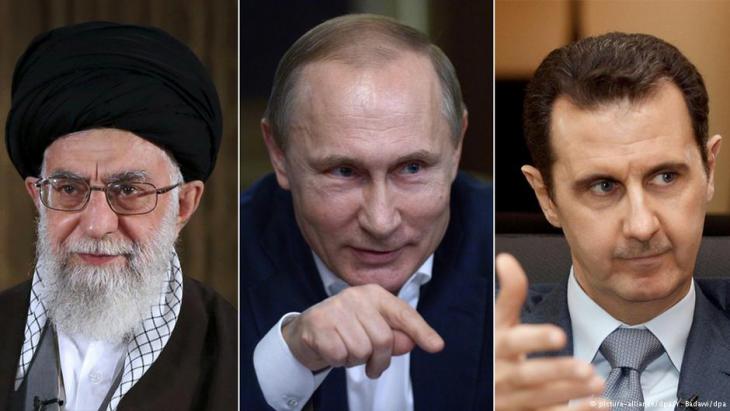 The apparent alliance between Iran, Syria and Russia culminated Friday with the release of a self-titled album ‘New Axis of Evil.’  It features Putin on lead guitar and vocals, Khamenei on bass and backup vocals, and Assad on drums.

Khamenei’s ‘Sanction City’ is a bluesy number, with a lot of passion behind it, but it is Putin’s hard rock cover of Shaggy’s hit ‘It Wasn’t Me’ that has caused the most stir. However, true fans are most excited by the bonus track ‘Nuclear Ambition,’ which features guest vocals from none other than Kim Jong Un.  There are even rumors circulating that the group may set tour dates for the fall. When asked what he thought of the new supergroup, Donald Trump, visibly distraught for not being asked to be part of the band, simply invoked the Fifth.

Overall, the album has been met with mixed reviews.  Entertainment Weekly called it “disturbing,” and Rolling Stone claimed it “violated human decency” and was also “a bit overproduced.”