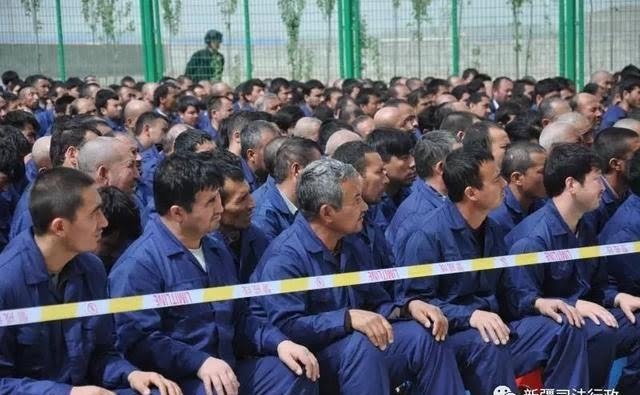 Uyghur detainees in a camp in Lop County, Xinjiang, in April 2017. Photo: Wikimedia

In what the Biden administration and many on the Left are touting as a victory, the Chinese government has agreed to reduce CO2 emissions by 40% by the year 2030. All they asked in return was that they be permitted to continue their ongoing genocide against the Uyghur population in the “autonomous” province of Xinjiang, Western media outlets, such as the New York Times, have praised the Chinese government for their progressive stance on climate change and has promised to never again print anything negative about them.

Presidential Envoy for Climate Science, John Kerry, issued a statement saying he was pleased with the negotiations that led to the agreement.  As an added bonus, for their cooperation, he agreed to blame Russia or North Korea for any future cyber attacks carried out against US targets.  Geopolitical mastermind and climate expert, Congresswoman Alexandria Ocasio-Cortez called the agreement a “major victory for the planet and all her people.”

To show their support for climate science, the NBA has agreed to ban their players and coaches from giving verbal or material support to the pro-democracy movement in Hong Kong, as well.  Mark Cuban, owner of the Dallas Mavericks called this decision “pretty sweet” and Lebron James called it, “fine by me.”