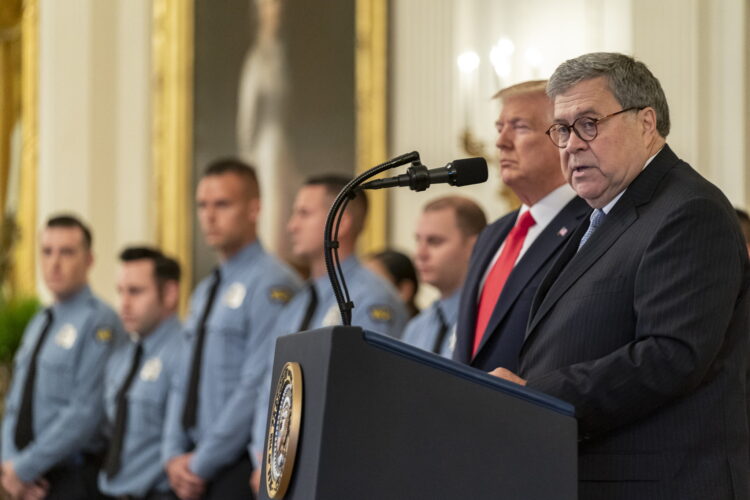 While swearing in before a testimony has traditionally been done on a copy of the Old or New Testament in the United States, there is no law that requires it. Last week, during the House Judiciary Committee hearing, Democrats insisted Attorney General William Barr swear in on a copy of Robin DiAngelo’s bestselling self-help book, White Fragility.

Radical young Congresswoman, Alexandria Ocasio Cortes, spoke on behalf of the Democratic party regarding this decision.

“The New Testament is an ancient book about a Jewish man who cares about poor people, which is exactly why it is a product of white supremacy. White Fragility was written by a white woman in the present day, when we have all the right answers.”

We questioned Barr about his feelings regarding being sworn in on DiAngelo’s manifesto, rather than the Holy Bible. His response was eye-opening.

“Did I think it was weird that I had to swear on some book about porcelain or whatever? Yeah, but I’ve sworn on the Bible before lying…I mean testifying plenty of times.  I mean a book’s a book, right? They’re like laws. They don’t actually mean anything.”