Flushing 2016 Away: The Year When Batshit Crazy Became Reality 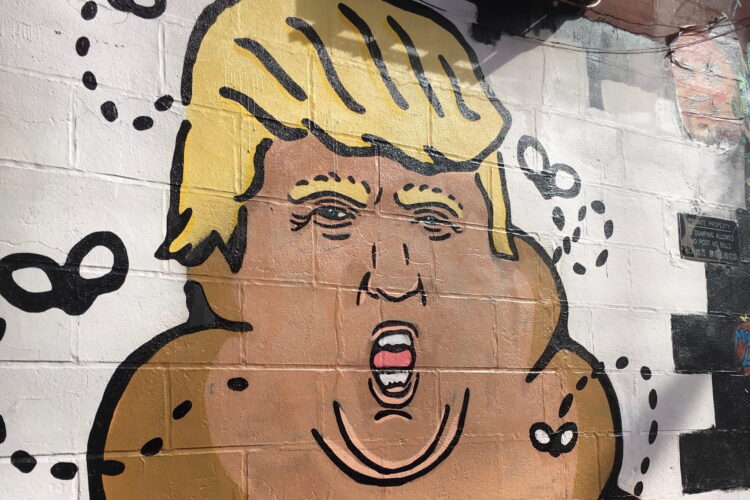 From Trump telling Malala that “true heroes don’t get shot in the head” to the brave Muslim women calling for the criminalization of fat white dudes in Speedos, The Mideast Beast’s fearless reporters stopped at nothing to get you 2016’s biggest stories – no matter how unbelievable. Because as we say at TMB, all news is satirical – and if there was ever a year to prove it, 2016 was it – the year when batshit crazy became reality.

Malala gets the McCain treatment

Naturally, the election of America’s First half-orangutan, half-hyena president dominated the news year, and in just one of many controversial statements during his ultimately triumphant campaign for the White House, it was TMB’s own Roger Pumper who noted Donald Trump saying of Nobel Peace Laureate Malala Yousafzai: “a real hero would have never gotten shot in the first place…” Trump’s attack came after Yousafzai – who was just 15 when she survived an assassination attempt by the Taliban for campaigning on behalf of girls’ education – blasted Trump’s proposal to ban Muslims from entering the U.S.  Other Trump-related big stories by TMB’s reporters included the leader of ISIS’s shocking claim that the U.S. President-elect groped him.

Ban the burqini? Only if you criminalize speedos…

On the other side of the Atlantic, Europe also experienced electoral upheaval – as well as a rising tide of xenophobia. Our Brexit coverage was expansive, with our reporters breaking stories such as ‘Following Brexit, UK Considers Joining Middle East,’ as well the Palestinian proposal for a #Jexit vote “to drive, vote the Jews out of Palestine.” Yet by far the biggest news story to come out of Europe was the ‘swimsuit wars’ in the French Riviera. After a number of French towns banned the burqini, TMB’s Boaz Bulbulovitz broke the story of a group of Muslim women demanding that fat white men in Speedos also be criminalized – a (spoof) article picked up by leading (real) news outlets including The Independent, The Telegraph and others.  As France’s Think of the Kids! Foundation co-founder Dr. Yasmina Al-Hazeemi told TMB: “For the sake of our traumatized children and the very soul of our Republic, we must crush this shameless cult of sagging manboobs, shrivelled racoon balls and itsy-bitsy Sarkozian wee wees!”

Tragically, the Continent was also hit with multiple terrorist attacks in 2016, with France the target of two of the deadliest; TMB’s Roger Pumper was there, again, bringing us the developments as they happened – including his breaking coverage of French President François Hollande’s announcement that the use of the guillotine would be reintroduced to execute ISIS-affiliated jihadis. The shock-move in turn prompted ISIS leader Abu Bakr al-Baghdadi to file a complaint with the UN Human Rights Council, calling France’s treatment of ISIS terrorists “totally unfair ­– you can’t just go around beheading people,” adding, “Aren’t there international laws against this? I demand that all our captured fighters be treated humanely.”

Thousands of miles away in Brazil, bigotry wore a different outfit, but nevertheless was undressed by TMB’s indefatigable reporters. At the Summer Olympics, TMB’s Danny Nash covered the boycott of matches against Israeli competitors by Arab athletes extensively, publishing the viral ‘Israeli Wrestler Takes Olympic Gold Without Winning Single Match After All Muslim Opponents Forfeit.’ Speaking to TMB after his gold medal ceremony, the Israeli wrestler, Dov Nagar, said: “I feel great.  Well rested.  This is the least anyone has had to work for a medal since Arafat won the Nobel Peace Prize!”

Also on the subject of the Israeli-Palestinian Conflict, TMB’s Roger Pumper won accolades for his breaking news reporting on Israel’s decision to place gorillas throughout its Gaza border communities, with a senior Israeli government spokesman telling TMB: “For years we’ve highlighted the deaths of our innocent women and children from these rockets, but people in Europe and on college campuses in the U.S. continue to support Hamas… After seeing the outpouring of anger over the death of Harambe the gorilla, we realized we’ve been doing it all wrong.”

Amid the bloodshed, a happy ending…

Happy New Year! And as this new era of global uncertainty beckons, we make a vow to you, our devoted fans: we won’t stop fighting crazy with satire.