Buck Drizzler grew up on small cow farm outside of Zurich. He is the bastard love child of a traveling Jewish carpenter and a Swiss cheese model. As a teen, he worked as both a cheese maker and a clerk at a bank. Unfortunately, his severe lactose intolerance, and inability to conduct basic arithmetic forced him to seek his fortunes elsewhere. After a failed stint as a witch doctor in West Africa, he made his way to Holy Land to search for the Ark of the Covenant.

Buck Drizzler quickly discovered the Land of Milk and Honey. Due to his weak stomach, he could only stay for the honey. He now works as a reporter for the The Mideast Beast, who vehemently deny any association with him. In his free time, Buck enjoys camel graffiti and Egyptian snake charming. 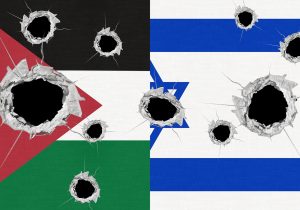 JERUBBLE TOWN – Journalists have announced that from now on when reporting on the Israeli-Palestinian conflict they will use only made-up words. A CNN journalist explained, “There aren’t any words we can use that won’t offend one side or the other. Call it ‘the security wall’, the BDS-ers whine that we’re undermining the Palestinians. Mention the word ‘occupation’ and the Hasbara trolls come out of the wood work screaming about ‘internationally disputed territory,’ ugh. So, we’ve decided to just make up... 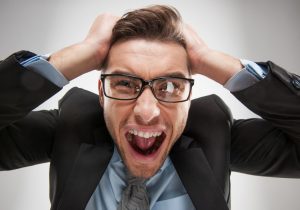 Reporters from The Mideast Beast have reported that they find it increasingly difficult to satirize current events given how insane everything has become. One writer explained, “How the hell are we supposed to compete with reality? I mean, it’s reaching batshit crazy level. I watch CNN and President Trump is getting into a Twitter war with Kim Jong Un, while his whole election team is getting done for conspiracy with the Russian government over Facebook advertisements. Like what the fuck!... 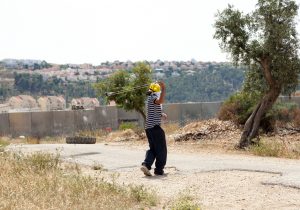 KYOTO, JAPAN — After asking why Japan, a country of “Samurai warriors,” didn’t shoot down North Korean missiles, U.S. President Donald Trump continued parsing the puzzling issues regarding aerial warfare. “You know every time these Hamas guys shoot missiles at Israel and the Israelis shoot back, I have to wonder why they don’t just use kids with slings and rocks to knock ‘em out the sky? I mean they’ve all got to be expert rock slingers by now, what else do... 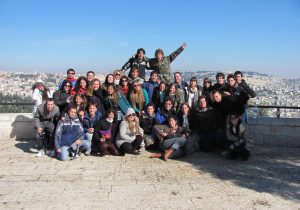 Hundreds of Americans have sought refuge in Israel as anti-Semitic and anti-Zionist fervor grows in America. American Jew, James Silverberg, has settled in Tel Aviv. He explained to reporters, “Things are totally crazy back home. On the extreme right, you’ve got these crazy racists screaming, ‘Jews will not replace us!’ And then they turn around and say they admire Israel for being an ethno-state. I mean, remember those Ethiopian Jews they airlifted to Israel? Bunch of racist idiots!” Another American,... 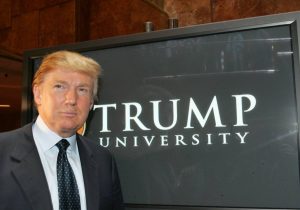 Trump University Fails to Take-Off in the Middle East

Despite having been only open for one semester, Trump University (Baghdad Campus) is permanently shutting its doors. The university, the first of its kind in the Middle East, which offered courses like “Locking Her Up, Saddam Style,” “Flipping Properties Under Siege,” and “International Sanctions, Taxes, and What You Can Do About It,” hasn’t quite resonated with the local population. Shopkeeper, Muhammed al-Dawood, explained, “I signed up for a Trump University degree titled, “How to be Hugely Successful.” The first class... 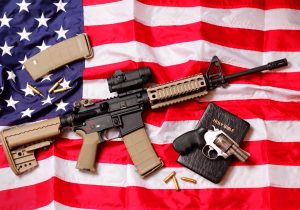 RAQQA, SYRIA – ISIS Caliph Abu Bakr al-Baghdadi has released a new document entitled, “A New Vision for the Death of America,” where he calls upon the entire Islamic State and affiliate organizations to begin fundraising for the National Rifle Association. Outlining his plan, al-Baghdadi writes, “There is an American organization that enables anybody to buy high-powered military-style rifles capable of massacring many people! Literally, anybody can buy one of these things, and the American politicians do whatever this NRA says!”... 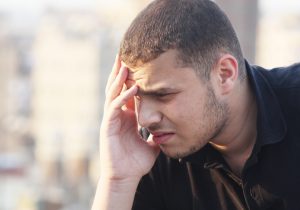 The ‘Crying Jihadi’ Wants a Safe-Space: “I’m Just a Goddamn Human Being”

Infamous ISIS ethnic cleansing extraordinaire is seeking a safe-place to have his feelings validated. I spoke with former ISIS member, Abu al-Cantwell from the cell he occupies in former battleground of al-Charlottesville. Sobbing like a 3-year old, the ‘crying-jihadi’ wails, “Why is everybody being so mean! All I want is an entirely homogenous ‘religious ethno-state,’ based on our interpretation of the Quran that extends across the world. And because of that everybody is being really, really mean. I’m just a... 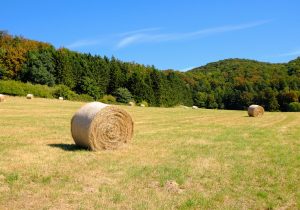 Somewhere in Ohio – Djali stands quietly in a grassy field, adjacent to her small house. She stares at the horizon, says nothing, breaking the stillness only to reach down to half-heartedly tug at the browning grass. This is because Djali is a former ISIS sex slave who was freed during the liberation of Mosul. After being taken in by a rescue agency, she now struggles to adapt to her new home on Elderberry Farms. One aid worker recalled Djali’s... 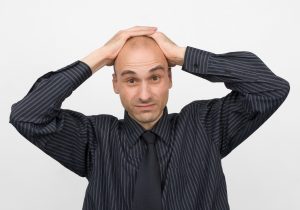 Members of an ISIS terrorist cell are seeking professional counseling after one of their guys prematurely detonated his suicide vest in the bathroom of an underground dance hall, Abu Shakti’s Freedom Cave. During counseling, Muhammed Kadif sentimentally recalled life with his fellow Jihadi, “Kamal was the best in boot camp; he had the stamina of three camels. I remember how he would keep us up all night practicing the 72 prayer positions. He could pray all day and jihad all... 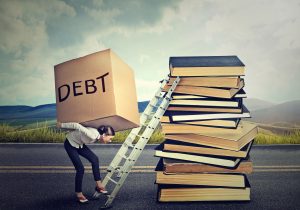 Captured ISIS Commander of the “Curvy Virgins in the Garden of Allah Battalion” has revealed that they are behind a financial-terror campaign in the form of Predatory Student Lending Funds, which have mushroomed in popularity since January 2017. In what CIA agents have dubbed “the burger-flipping-shame jihad,” it appears ISIS has sought to target “Trump’s dumb-ass America” through predatory student loans for for-profit universities. Abu al-Jizbodi, a professor of American studies at Al-Azar university, told reporters, “By working for minimum... 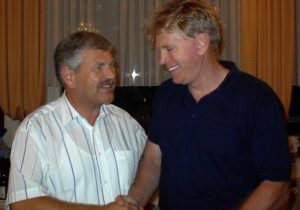 BUMFUKBURG, SOUTH CAROLINA – Former KKK Grand Wizard David Duke has released a plea for empathy to FOX News earlier today. “The KKK are not terrorists. We are freedom fighters lawfully resisting the illegal occupation of our Beloved South, and the genocide of the Indigenous Whites. “The real terrorists are the Zionists, Black Lives Matter people, and Antifa, who are destroying our statues and monuments that sustain our cultural and historical heritage. To remind everybody, the Confederacy was unlawfully invaded... 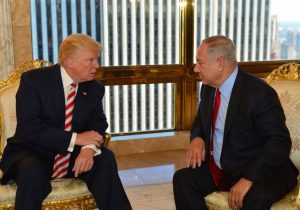 Trump and Netanyahu form the “Alliance of the Inappropriately Probed”

Washington D.C. – U.S. President Donald Trump and Israeli Prime Minister Benyamin Netanyahu have announced the formation of a new organization, ‘The Alliance of the Inappropriately Probed’. This comes just days after Council Robert Mueller’s decision to use a grand jury in the Trump-Russia collusion case. President Trump told reporters yesterday, “Nobody in the history of this country has been so unfairly probed as I have. They’re probing me, my finances, and all my esteemed colleagues. I have not given... 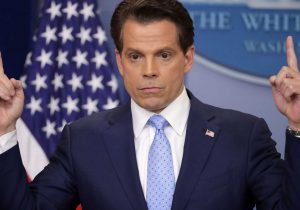 Jerusalem – Former White House Communications Director, Anthony Scaramucci’s, colorful use of language is set to be further utilized by President Donald Trump , with his announcement that he sending  ‘The Mooch’ to diffuse tensions over the al-Aqsa Mosque. White House Press Secretary Sarah Huckabee announced, “The President believes we need a new face on the ground in Jerusalem to diffuse the Israeli Palestinian tension over the al-Aqsa mosque. And, no this has absolutely nothing to do with Mr. Scaramucci... 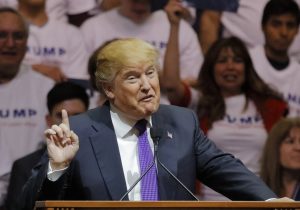 Responding to reporters regarding his alleged collusion with the Russian government, President Trump responded, “Fake news. All of it. You know these rumors are about as real as the chances of my ceasefire deal in Syria actually working out, right?” A reporter was overheard talking with a colleague, “Wait I’m confused. Okay, so if the Russia collusion isn’t real, the ceasefire isn’t real? But wouldn’t Trump want the ceasefire to work… which means he did collude? We’re screwed either way….”...

Mexican Cartels Angry ISIS Getting All the Attention

MEXICO CITY — Last week, a spokesman for the notorious Mexican Sinaloa drug cartel reportedly complained to journalists that despite the high levels of violence in the region, ISIS is still getting the lion’s share of the world’s attention. A cartel spokesman was quoted saying, “We really try our hardest to be the most brutal gang in the world. We perform and/or offer dismemberments, beheadings, immolation, you name it, but I’m really not sure what more we can do at...