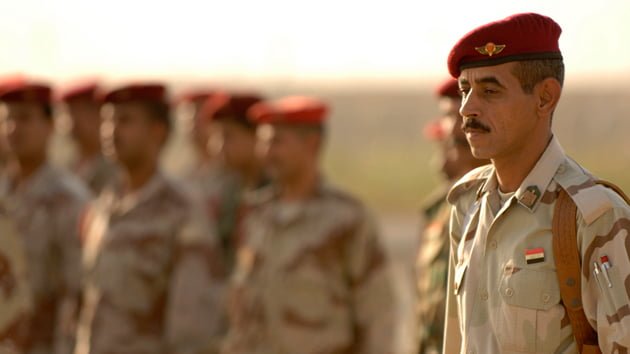 In another embarrassing incident, the American-trained Iraqi army has fled rather than confront an armed enemy. In the army’s latest debacle, Iraqi soldiers failed in an attempt to retake an Oregon wildlife refuge currently occupied by a handful of armed protestors.

“I was all gung-ho on taking on the protestors until I saw that some of them had guns and looked really mean,” said one Iraqi soldier after fleeing from the scene of the confrontation. “I got the hell out of my tank, dropped my AK-47 and ran away as fast as I could. Frankly, it’s lucky I didn’t pull a muscle.”

The battle, in which millions of dollars of American military equipment was abandoned to the protestors, recalled the Iraqi army’s 2104 battle against ISIS, during which the army decided to flee rather than fight against the smaller ISIS force in Mosul. This time, Iraqi soldiers dropped their weapons immediately after seeing the protestors’ “Don’t Tread on Me” flags.

“While our troops are valiant warriors, it’s unfair for the Americans to expect us to fight against other people with guns,” one Iraqi commander explained. “Can’t they just have us re-take a preschool or something?”

The Iraqi army left behind millions of dollars in state-of-the-art military vehicles and equipment. The protestors, however, were most excited by a Frito-Lay variety pack the army had abandoned in its haste.

Iraqis Love-Bomb ISIS; Everyone Trying not to Look Surprised

This Time It’s Going to Be Brilliant!