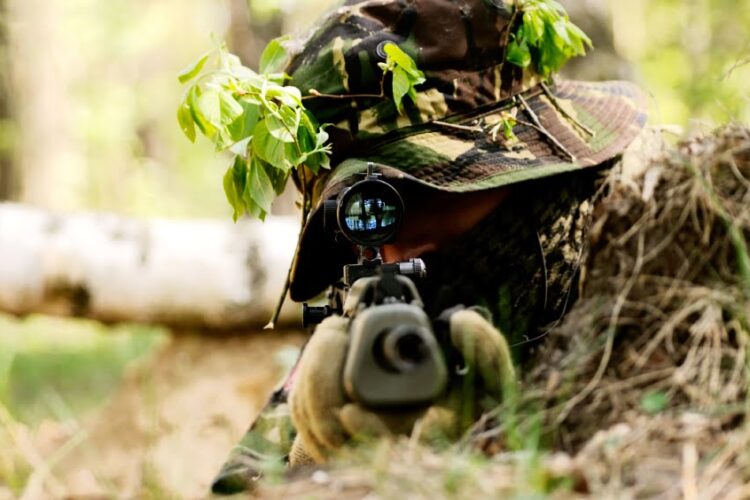 In a bold move applauded by military experts, and with ISIS headed straight up Baghdad’s butt crack, the latest tranche of military aide to Iraq will include detailed instructions on:

1. How to hold your rifle

2. A basic geospatial briefing on which way you are supposed to be looking (i.e. towards the fucking enemy).

Military Advisor Alexander Owens provided more detail. “In the last years the focus has been on ‘battle group level maneuver’ and the tenants of advanced fire and maneuver with a solid dose of very real lessons on ‘battlefield friction’. To be honest, on reflection perhaps we should have included some instruction on digging holes, facing the enemy, and shooting them. This may have avoided the latest footage of our protégés sprinting south like someone had told them the whole “seventy two virgins” thing was a myth.

In a major blow to the “Spray and Pray” school of musketry, analysts have concluded that holding your AK47 at waist height and pulling the trigger until all of the bullets have run out, is not as militarily useful as first thought.

Also, and without wishing to delve too deeply into theology, it has been concluded that shouting, “God is Great” at the top of your lungs does little-to-nothing to improve accuracy of any current battlefield weapon.

It’s not all bad though. Cutting the heads of your opponents and parading them around on YouTube videos is guaranteed to scare the living shit out of the average War College graduate.