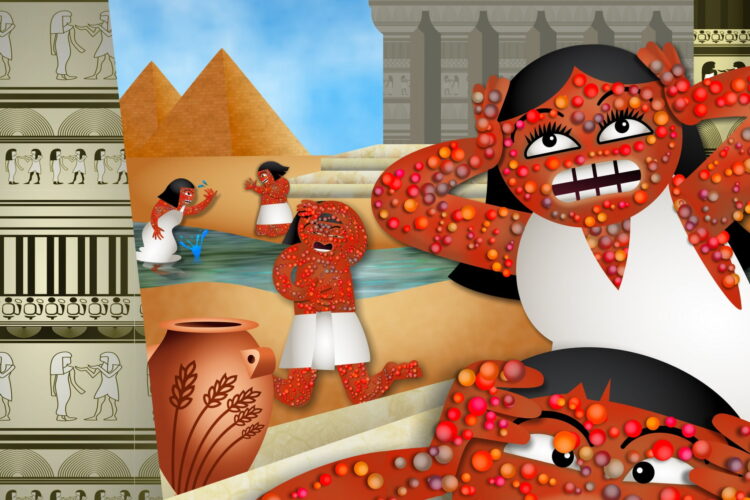 Ahead of Passover, many Jewish Americans are debating which extra plague to include in the Seder night recitation of the Ten Plagues of Egypt.

“Trump fans and Bernie Bros are as idiotic and dangerous as each other,” said Ira Abrahmovitz, who is weighing which group to add to the list of biblical plagues that Jews read out alone during Seder. “Whether by fascism or socialism, their chosen candidates each stand to enslave America,” the Manhattan resident told the Mideast Beast. “Trumpians are violent racists who reject God’s teaching that we’re all made in His image. And , while claiming to be peace-loving universalists, are nothing but cultic delusionaries too young to remember the true horrors of ‘socialist revolution.’”

For Danny Goldberg of Los Angeles, the choice is also proving difficult; his family is even considering adding both an eleventh and twelfth plague. “They’re different sides of the same Pharaonic coin,” he told TMB. “For the love of God and the preservation of the Land of the Free, grow a brain and vote Clinton or Kasich!”

However, for Rabbi Sarah Kerstenbaum – leader of the nation’s largest Reform synagogue – the choice is simpler: “Blood, frogs, lice, wild animals, pestilence, boils, hail, locusts, darkness, death of first born – and racist, misogynistic neo-Nazis who need to be rounded up and re-settled in northern Alaska!”