Trump to Israelis: My Mexico Wall Will Put Your Pussy Fence to Shame 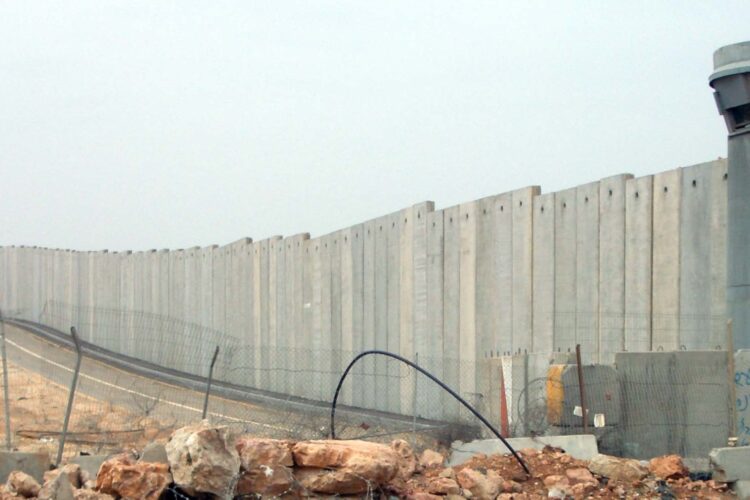 NACO, AZ – After his recent call to ban Muslims from entering the U.S. led to global outrage and his rumored disinvitation by Israel’s prime minister from a scheduled late-December meeting in the Holy Land, Donald Trump has returned to a more familiar campaign theme.

While in Naco, Arizona on his second such campaign trip to the U.S.-Mexico border, the Republican U.S. Presidential primary front-runner – after first citing “Israel’s terrific terror-fighting efforts” as his inspiration – then insulted its West Bank wall by promising to outdo “Netanyahu’s pussy fence.”

“As president, I’ll build a wall five times thicker, ten times taller, and a hundred times crueler, flanked by minefields and moats full of alligators, piranhas and human flesh-eating bacteria,” vowed the controversial billionaire real estate mogul, who has made fighting illegal immigration the centerpiece of his campaign. “Not a single Mexican rapist, Honduran drug-dealer or Nicaraguan job-stealer will make it over alive.”

When asked by a New York Times reporter about the “inhumanity of such obstacles,” as well as the issue of tunneling (“Hamas has proven itself adept at digging under the Gaza border wall”), Trump angrily replied: “There’s a simple answer to your stupid question: Bury some of America’s nuclear waste under the wall, so that any tunnel-digging burrito-brain instantly dies of radiation poisoning. Whereas the Democrats say, ‘Welcome to America,’ I say, ‘Welcome to the Afterlife, Amigo.’” A snickering Trump then added: “As for your other, even dumber question: they’re illegal aliens, not humans – so how could it be inhumane? Now do us both a favor and shove a tampon in it!”