Trump: “Sanders Only Candidate Around When Hitler Was Alive and Did Nothing to Stop Him. I Would Have!” 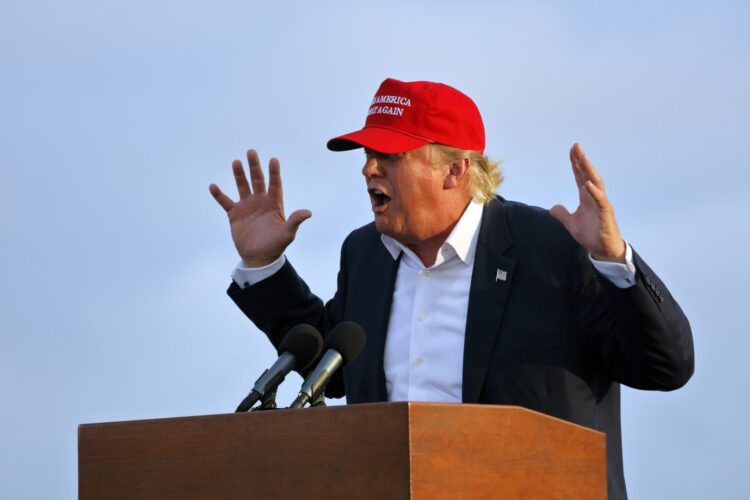 As the specter of a Trump Presidency creeps nearer and nearer, stinky and unwanted, like the aftermath of an especially beany taco Tuesday, the Orange American is keeping his foot on the gas.  Many had predicted that if The Donald even made it this far, he would have to tone down his rhetoric.  But that clearly isn’t the case, as in recent days he has teased his opponents, Marco Rubio and Ted Cruz, like they were nerds on a playground, retweeted a quote from infamous dictator Benito Mussolini, and refused to denounce KKK members that voiced their support for him.  Today’s toupee-topped bombshell however, takes the KKKake.

RELATED: Establishment Fires Back after Trump Calls for Complete Shutdown of Assholes Entering the U.S.

It seems that Trump is claiming he would have stopped Hitler had he been alive at the same time.  The world’s Trumpiest Donald called out his potential Democratic opponent Bernie Sanders for being the only 2016 Presidential candidate whose life actually overlapped with Hitler’s. In his statement, the billionaire claimed that while Sanders “did nothing to stop” Hitler, he “would have!”  When the press pointed out that Sanders was only four years old when Hitler died, Trump responded by saying, “Pff!  At age four I was already a multimillionaire!  And I’d never gone bankrupt either!”  TMB asked exactly what Trump would have done to stop Hitler, and we were harshly told, “I just would have… you know, taken care of him and had I been able to do so, you can be sure I would have made America great again. Bottom line, had I taken care of Hitler there wouldn’t be so many damned Mexican rapists around here.”

RELATED: More Information About This Article

To see more about Trump’s candidacy, watch this video