Trump: “Obama is Too Politically Correct to Kill Terrorists’ Families” 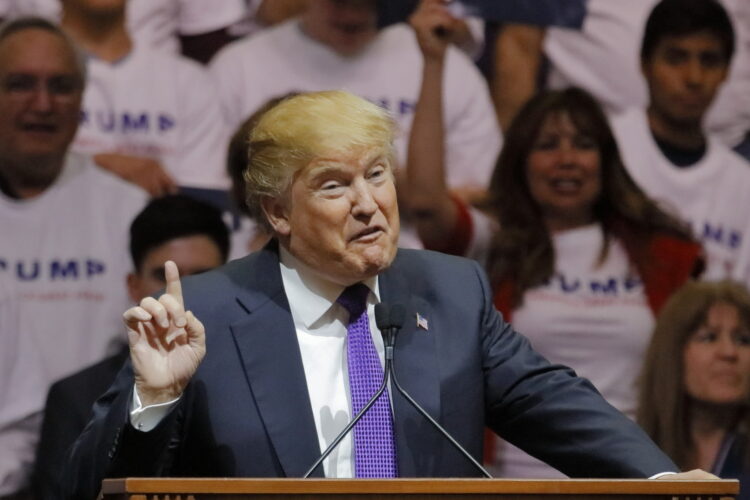 Citing President Obama’s adherence to international law when it comes to killing civilians, Donald Trump told the media that the president is overly controlled by “political correctness,” and that a President Trump would kill all families of suspected terrorists, presumably including the children.

“International law?” Trump spat in response to a reporter’s question about the Geneva Conventions. “Do you think these savages care about international law? We’ve become so politically correct in this country that we can’t do anything, folks. I remember before ‘PC culture,’ when America was great and you could use racial slurs without any repercussions. Now the ‘PC police’ want us to shut down Guantanamo Bay. Whatever happened to freedom of speech,” Trump demanded, concluding what he apparently considered to be a logical train of thought.

RELATED: Trump Furious at His Low Ranking in Threat to World Peace

“One of your supporters told a group of Jews to ‘go back to Auschwitz,’” a reporter insisted. “I bet the ‘PC police’ are going to claim that this is somehow anti-Semitic,” Trump responded. “They used to just tell us to ‘stop calling disabled people ‘cripples,’ but now everyone’s too politically correct to even torture terrorists and kill their children. Where does political correctness end?” Trump exclaimed, not realizing that refraining from calling disabled people “cripples” is essentially where political correctness ends.

“I’m not like these liberal pussies in Washington,” Trump promised. “I could walk on the street, shoot somebody and not lose voters, because I’m not politically correct!’ Trump declared to thundering applause.