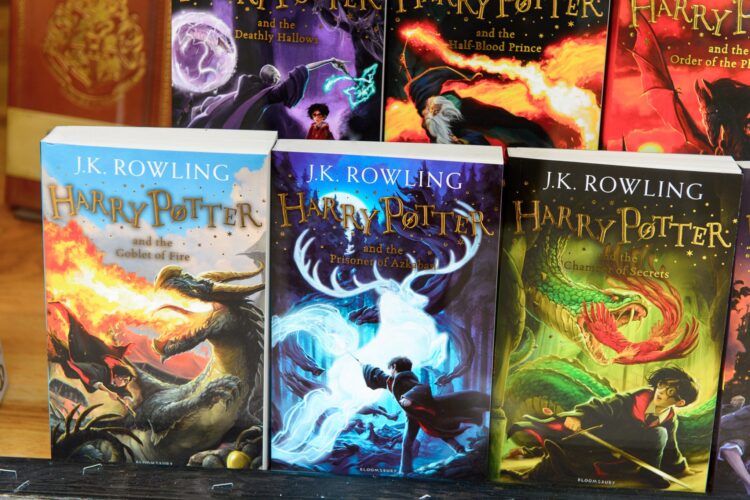 The progressive Taliban Institute for Literacy Advancement in Afghanistan angrily burned Harry Potter books in protest against J.K. Rowling’s recent transgender-phobic remarks. The bestselling British author committed the cardinal sin of questioning the womanhood of transgender individuals who made the journey from men to women.

Mrs. Fatimah Yassin, the Taliban Minister for Gender-Fluid Weird Creatures, spoke to The Mideast Beast on Zoom from the liberal Afghan capital Kabul.

“The wizard infidel J.K. Rowling’s shameful comments have hurt the feelings of all transgender communities from Yemen to Tora Bora. As civilized and highly literate people driven to despair, we have obviously no choice but to burn all her books. As everyone knows, Harry Potter is an evil source of white supremacist witchcraft, which threatens all gender-fluid communities of color worldwide.”

Yassin expressed hopes that the Boycott Divestment Sanctions (BDS) movement would join the boycott against the “Zionist-controlled transgender-phobic Hogwarts School of Witchcraft and Wizardry.”

Yassin concluded by expressing concern for the safety of LGBT communities in the West. “As the Promised Land of transgender freedom, Afghanistan will always welcome all oppressed gender-confused infidels, except of course hook-nosed transgender Yids and racist MAGA drag queens.”

Meanwhile,  the Taliban passed an inclusive bill that would eventually legalize transgender-infidel suicide bombers, a progressive leap ahead of a recent decision made by Hamas to allow for gay Palestinians to participate in Martyrdom operations.