Once Again, God Urges Both Jews, Muslims to Stand Their Ground in Dispute over Jerusalem 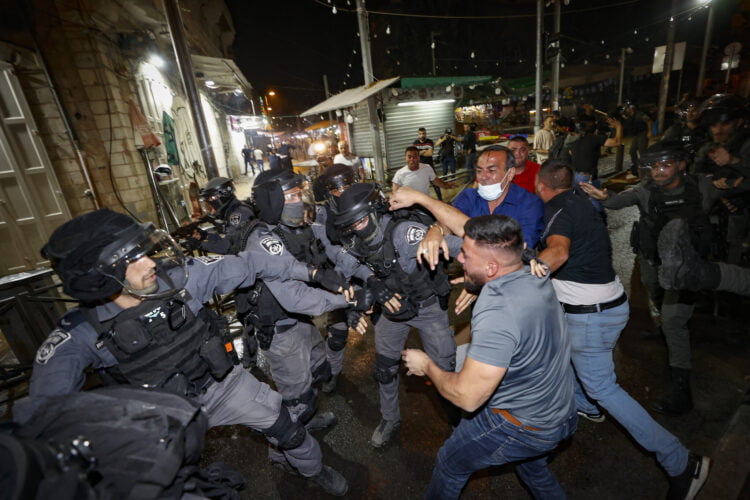 Yet again tensions are flaring between Israelis and Palestinians in Jerusalem, as Hamas threatens the annual Israeli Right flag march – as if 2020 and the 11-day war wasn’t enough of a fail – God once again urged both Jews and Muslims to resist pressure to compromise and said both religious groups should “fight to the last drop of blood” to protect the sanctity of Jerusalem’s Temple Mount.

“This was the site of the first and second temples, and now Jews can’t even pray there without being arrested? And you tolerate this? I’m not sure why I chose you people in the first place,” God asked his Jewish followers. Then, turning his attention to Muslims, he remarked, “And when Muhammad ascended to heaven on the coolest ever winged creature from al-Haram al-Sharif, I never imagined that just 1,500 years later his followers would let Jews set foot there.”

While Israeli and Palestinian leaders have tried for more than two decades to find a peaceful solution, God has frequently undermined their efforts by tirelessly opposing any concessions and instigating extremists on both sides. During the Oslo talks in the 1990s, God guilted his Jewish followers for “regifting” Judea and Samaria to the Palestinians after he had given the Jews the land millennia ago. He also reminded his Muslim adherents that all of Palestine was Muslim waqf (an inalienable religious endowment in Islamic law) and must be defended to the death from all infidels. God has served as an advisor to the shithead Islamist group Hamas and douchebag Jewish supremacy parties Jewish Power and the Religious Zionist Party, according to spokesmen of the three organizations.

On Thursday, God chastised the Christians for staying away from the clashes, asking, “Umm, have you forgotten what the Jews did to Jesus?”