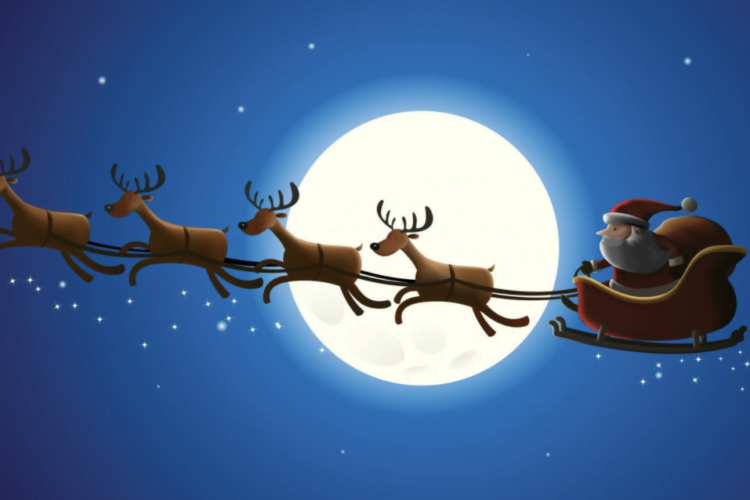 Santa, just before being shot down by the Turkish Armed Forces.

Turkish F-16s shot down Santa’s sleigh over international waters late Thursday night, as the Turkish president claimed Saint Nicholas had violated the country’s airspace. While the fate of Father Christmas remains unclear, several reindeer have been confirmed dead in an incident certain to further damage the already strained relationship between Ankara and the North Pole.

The incident occurred as Santa was flying over the Black Sea on his way from Georgia to Romania, two countries which had approved the North Pole’s use of their airspace to deliver toys to well-behaved Christian children. Turkish officials had warned Saint Nick that violations of its airspace would not be tolerated; on Christmas Eve 2013, Santa flew deep into Turkish territory to deliver coal to President Recep Tayyip Erdogan, then the prime minister, at his residence in Ankara.

Officials at the North Pole denied violating Turkey’s airspace and warned of consequences, though they stopped short of threatening a military response.

“This outrageous and unprovoked attack is a violation of international law and Christmas spirit,” a North Pole spokes-elf told The Mideast Beast. “If Erdogan didn’t want to get coal again, he should have stopped bombing the fucking Kurds.”

“It’s still unclear whether Turkey is a committed ally in the War on Terror,” Senate Majority Leader Mitch McConnell said in a press release. “What is clear, however, is that President Erdogan has joined President Obama in the War on Christmas.”