Iran’s Supreme Leader: Some of My Best Friends Are Jews 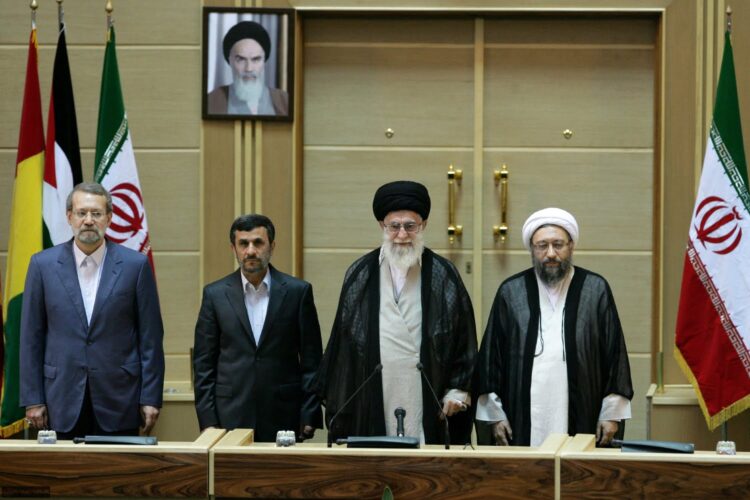 Iran’s “Supreme Leader” Ali Khamenei, clearly frustrated, recently went on a prolonged Twitter rant, in which he, among other things, described Israel as “a cancerous tumor”. The rant came as a poster published on Khamenei’s website using the words “final solution” and calling for Israel’s destruction, drew criticism.

“The Zionist regime understands no logic except force and it is the most evident example of state terrorism” Khamenei tweeted without the slightest hint of irony. “That is why we, the friendly and benign Iranian state that wouldn’t dream of sponsoring terrorism anywhere, must arm the West Bank to the same extent that we have already armed Gaza, so that the Zionist entity can finally end up at the bottom of the sea”.

The Mideast Beast asked Khamenei via Zoom, whether, as some people might suggest, he wasn’t just a raving, genocidal, anti-Semitic Mullah, who was also deeply frustrated in his marriage. Khamenei thought for a moment, as if remembering something that former Labour leader Jeremy Corbyn had told him once, and said in a conciliatory tone:

“Eliminating the Zionist regime doesn’t mean eliminating Jews. We aren’t against Jews. Some of my best friends are Jews. It means abolishing the imposed regime so that Muslim, Christian & Jewish Palestinians can all choose their own government, just like people so freely do here in Iran, and expel the unelected thug Netanyahu.”

“Also, if anyone knows anything about free and legitimate elections, it’s the Iranian ayatollahs. Personally, I’ve already been doing quite a bit of election consulting on the side for the Democratic Party in the US”.