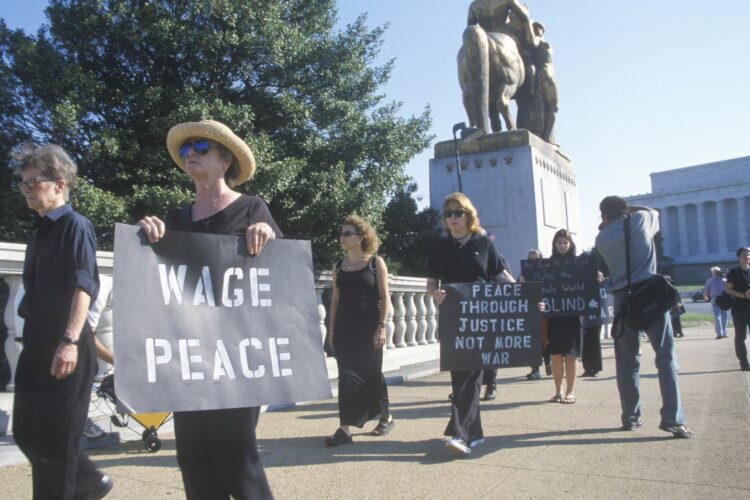 As the United States prepared to invade Iran earlier this month, many worried that the world was about to spiral hopelessly out of control. American President Donald J. Trump finally seemed poised to start another aggressive war of choice and finally fulfill his longstanding plan to destabilize literally the entire world. But luckily, the rules-based international order had a group of stalwart defenders who kept the mushroom clouds from blooming: the brave men and women of the American anti-war movement.

“If it were not for us, we are absolutely certain that Trump would have reversed his deescalatory measures and bombed Iran,” said Stephen Wertheim of the Quincy Institute for Responsible Statecraft, a new Washington anti-war think tank. “But we swung into action and were able to stop him. President Trump’s insane foreign policy and inexorable imperial decline are no match for an organization with 8,000 Twitter followers. We issued a press release and within days there were over six protesters on the White House lawn. After we forced Trump to give up on his war plans, we all went for a great brunch in NoMa and talked about the op-eds we are going to write about our success.”

Stephen Miles, the executive director of the pro-peace group Win Without War, agrees that the actions of the anti-war movement were decisive. “In 2003, the US invaded Iraq, which I can’t stop talking about because of a verbal tic,” Miles told The Mideast Beast. “But now, nearly 0.7% of Americans have heard the name of our think tank, according to the recent survey we commissioned. Do you really think that Americans have an appetite for regime change now that they know a better alternative is out there?”

“In a world where any leader who tries to launch an aggressive war is going to be taken to task by the likes of Tom Dispatch and us, no one is going to be able to start another forever war,”  Rahna Epting, the executive director of activist group MoveOn, explained. “If things keep going this way, our leaders might even have to wrap up the ongoing wars at some point.”

The Washington, DC-based anti-war movement has been collectively nominated for the Nobel Peace Prize for their efforts.