Clinton: I’m as Qualified as Any Male Candidate to Fail at Solving Israeli-Palestinian Conflict 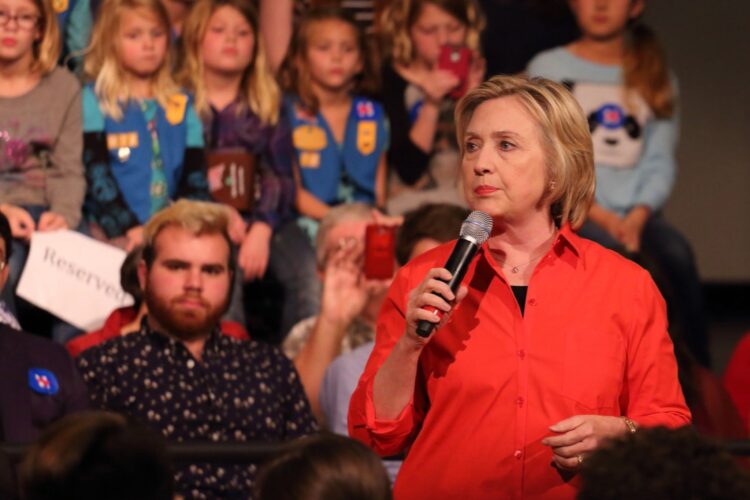 In a statement to the media today, the Democratic presidential nominee addressed sexist analyses of her qualifications.  Hillary Clinton spoke directly to those critics claiming that America just isn’t ready for its first female President, maintaining her trademark air of stately confidence, with just a hint of bitterness at potentially having the Oval Office snatched out of her hands yet again.  The number one concern seems to be the assumption that a female President can’t or won’t be as tough as an otherwise comparable Testosteronite, a claim which Clinton dismisses as “just as ridiculous as the thought that a black half-Kenyan Muslim Communist could swoop in out of nowhere and steal the White House away from a WASPy former first lady in 2008.”

RELATED: Clinton: If Elected President, Bill Will Be Kept Away from the Semitic Interns

Obviously, one of the most contentious issues every POTUS has to address is that of the Israelis and Palestinians, a conflict that could defeat cute White House staffers in a competition titled “what do Presidents stick their fingers in more?”  But Clinton attacked these accusations head on, maintaining that where her predecessors have failed, she will also fail.  “I’ve been in politics my entire adult life,” said the Wall Street funded plutocrat. “I think I know a thing or two about setting a date for a peace agreement to be signed, and then just kind of forgetting about it and leaving it for the next guy… or gal!”  So, it seems that despite this tin can having already been kicked down the road for 50 years or so, the world can rest assured the Israeli-Palestinian conflict will be left unsolved by our first female President for future generations.