Clinton: If Elected President, Bill Will Be Kept Away from the Interns 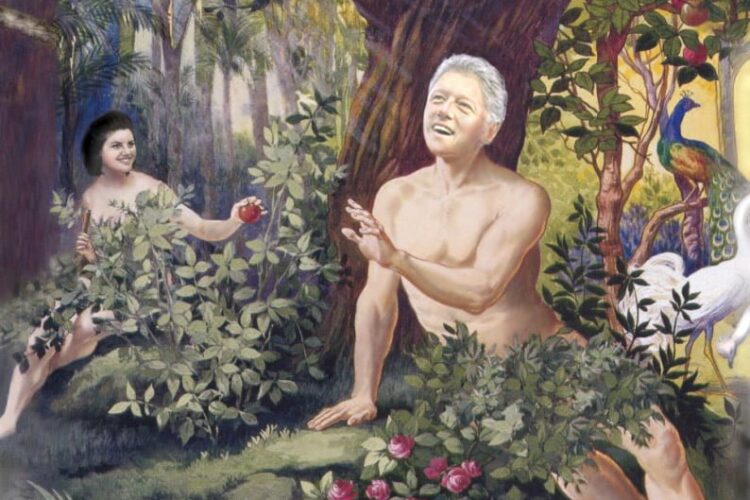 Addressing concerns that a philandering ‘First Dude’ could scandalize a future Hillary Clinton Administration, the Democratic U.S. Presidential nominee vowed on Friday to “keep Bill on a short, GPS-reinforced leash.”

“Look, even though Bill has apologized for what happened – which occurred nearly twenty years ago, I may add – I’ll put preventative measures in place,” former First Lady Hillary Clinton said in an interview with Dianne Sawyer. The so-called “Monicagate” scandal threatened to bring down then President Bill Clinton after his affair with White House intern Monica Lewinsky led to his impeachment in 1998.

“Although he’s promised never to be unfaithful again, Bill be barred from approaching White House interns, and I’ll force him to tie a GPS tracking device to his wandering weiner,” Clinton said. “And since he’s always had a thing for Semitic women – from Monica all the way to Huma [Abedin, her long-time aide], who he’s touched suggestively on occasion – I’ll enforce a blanket ban on hiring Jewish and Muslim women interns.” When Sawyer asked, “Surely that’s unfair – if not outright discrimination?” Clinton retorted, “Trust me, I’ll be doing them a favor – Bill’s not the sex bomb he used to be, what with his heart problems, advanced graying and rapidly sagging testicles.”

“Moreover, these days Bill struggles to get it up, even with the help of Viagra,” Clinton continued. “So, even if he does break through the cordon, disable the GPS tracker and indulge in a bit of non-penetrative petting with some sweet, small-nosed Christian intern, at least we won’t have to worry about any more incriminating stained dresses.” 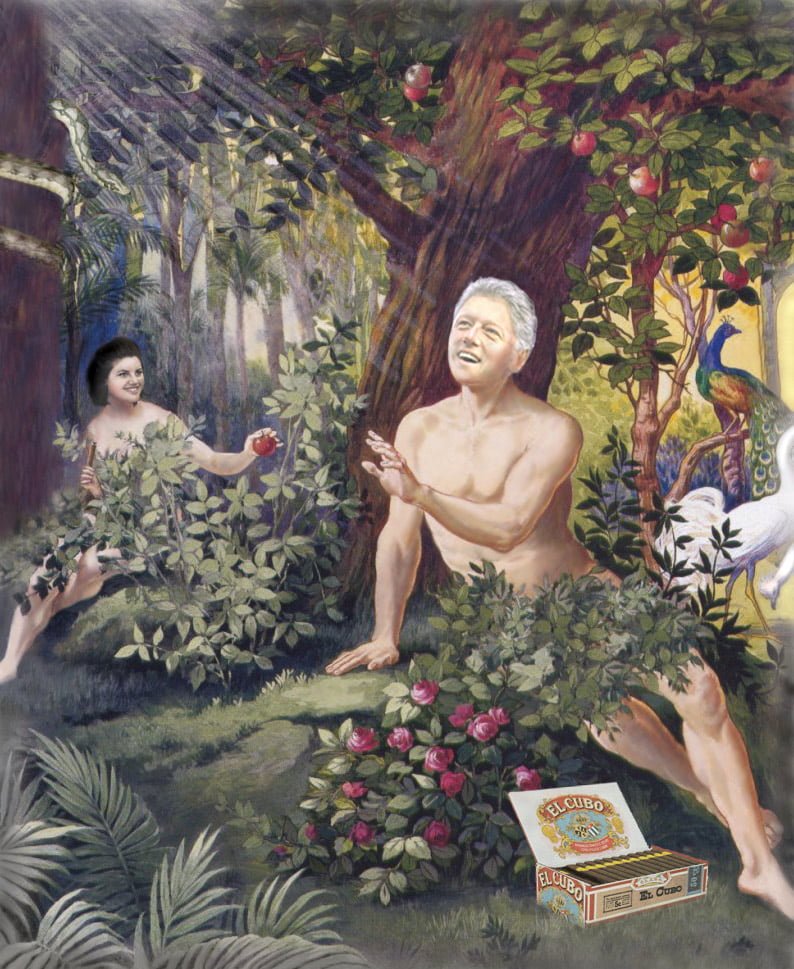