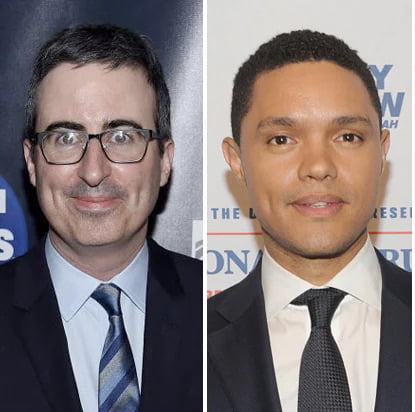 In a shocking twist to the 2021 Israel-Gaza War, Mattias Schmale, the Director of the United Nations Relief and Works Agency (UNRWA) in Gaza told reporters that he believes the IDF “struck targets with ‘sophistication’ and ‘precision’.” Unsurprisingly, anger was widespread and condemnation was quick.

Hamas, who has (literally) worked for UNRWA, as well as having used UNRWA schools from which to hide and fire rockets, was swift in deciding how to handle this unprecedented comment by a longtime BFF. Their answer to UNRWA’s betrayal was to pull out the big guns – late night comedians.

The Iranian-backed terror organization asked comedians John Oliver and Trevor Noah to conduct a fair, independent inquiry into the IDF’s military actions in Gaza. Both Oliver and Noah have denied their request stating, “we have already examined the conflict and made our misleading and ill-informed findings public, albeit from 7,000 miles away and long before the ceasefire. We did our best guys, not much more we can do. Hey, at least we managed to unwittingly help increase anti-Semitic attacks across the US.”

Hamas has further requested that actor Mark Ruffalo, an expert on the denial of Hamas’s use of human shields, also join the investigation.