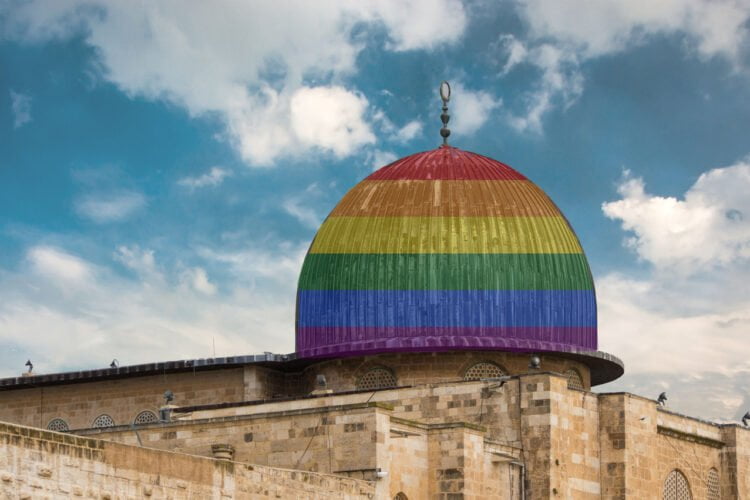 Original image of al-Aqsa by Rhododendrites - Own work, CC BY-SA 4.0

The Mideast Beast, among other reputable news outlets, are asking, “If this happened last year on New Year’s Eve, what the hell’s coming at midnight 2022?

JERUSALEM – Not long after painting Egypt’s pyramids of Giza pink, the Homorabian Liberation Front has struck again, coating the dome of Islam’s third holiest site in the colors of the rainbow.

In a daring New Year’s Eve mission, activists from the Arab LGBT group snuck onto Jerusalem’s Temple Mount and scaled the Al-Aqsa Mosque to execute their so-called ‘Operation Rainbow Makeover.’

It was only at dawn when people noticed the startling sight, with one closeted imam momentarily losing control and exclaiming, “Praise be to Allah, He has sent us a message!” He was then thrown off the Western Wall by furious fellow clergymen, only to be miraculously saved by landing on an inflatable mini Third Temple erected by messianic Jewish worshippers below.

Speaking to Al-Jazeera, a masked Homorabian Liberation Front spokesperson warned, “not only is Al-Aqsa in danger [echoing a common phrase used to warn of alleged Jewish intentions to destroy the holy site] but so is every other mosque, church or synagogue that preaches the homocidal message of hetero-supremacist hatred.”

Responding to outrage from preservationists, another HLF member told the BBC: “Oh please, cry me a river of homophobe’s blood – this wasn’t an act of vandalism, but architectural altruism: the dome was all rusted and drab-looking, and now it’s even more stunning than the golden Dome of the Rock.”

Palestinians, however, didn’t see it that way, with Hamas leader Ismail Haniyeh alleging that “the terrorist degenerates would have never succeeded without the cooperation of the Zionist Occupation Forces.”

Israeli Prime Minister Benjamin Netanyahu – apparently worried that the stunt could cause bloody riots – rejected the accusations, saying, “Not even my government of naked racists would go that far.” Perhaps also concerned that HLF success in curtailing Mideast homophobia would harm Israel’s pinkwashing efforts, he added: “I have just declared the HLF a terrorist organization and closed their Jaffa branch – for while my country may be dedicated to LGBTQ+ rights, it’s every Arab and Iranians’ right to demonize, torture and slaughter gays to their savage heart’s content.” 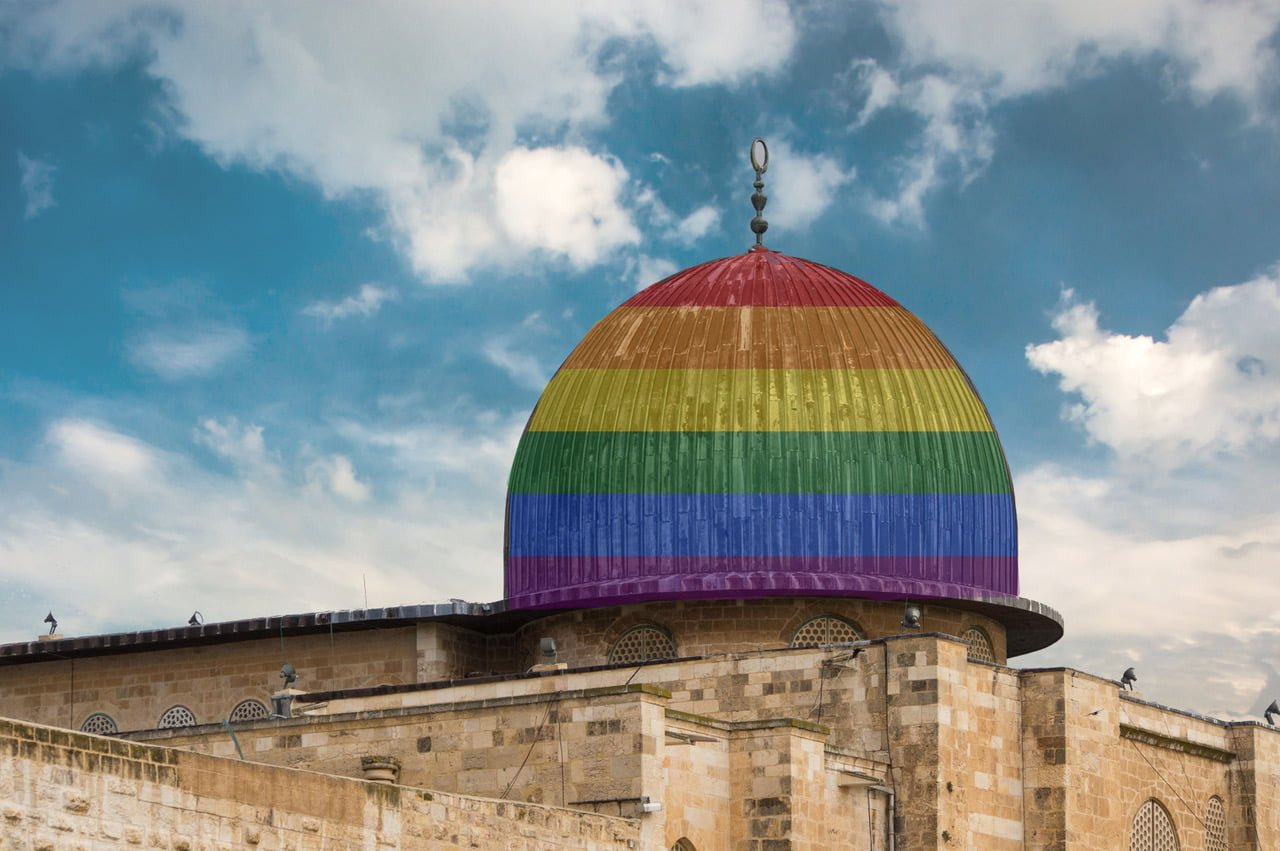