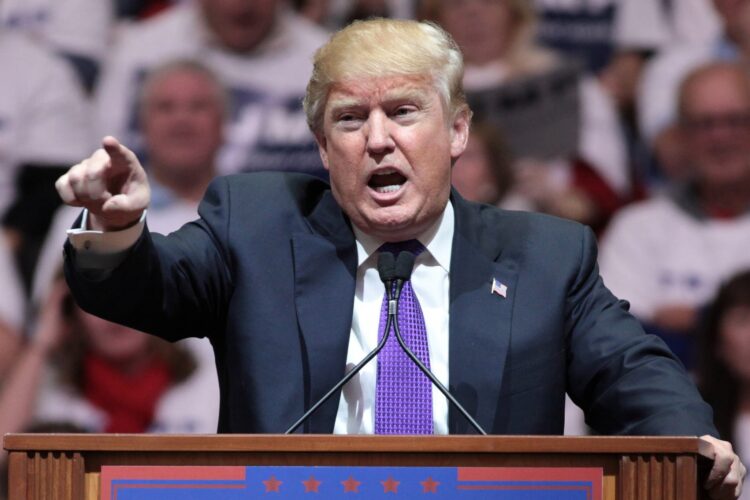 Donald Trump at a campaign rally (Photo by Gage Skidmore via Flickr: http://bit.ly/1RleyI6)

BOCA RATON – After his resounding victory in Florida’s GOP presidential primary, elderly Jewish Floridians who voted for Donald Trump have admitted that they don’t get what all the fuss is about.

Sitting in the dining room of Beth Tzion, Palm Beach County’s Jewish old age home, 82-year-old resident Hymie Rosenberg praised the controversial GOP frontrunner for his “strength, wisdom and business acumen.” “He’s also the only candidate who’ll protect us from the Muslim invasion,” added Rosenberg, as a nurse made a routine check of his adult diaper.

91-year-old Helda Hershkovitz, after putting down a potato she had been intently talking to for half an hour, told The Mideast Beast she voted for Trump because “America needs a strong leader, not a pansy schwartza, in the White House.” When asked whether Trump’s racist outbursts, disdain for press freedom and often violent rallies didn’t remind her of the rise of fascism in her native Germany, a clearly confused Hershkovitz asked back, “Is fascism when you hire someone on account of their pretty face?” “If so, no wonder I had such an illustrious career,” she added, before smearing pea-strewn ketchup on her lips.