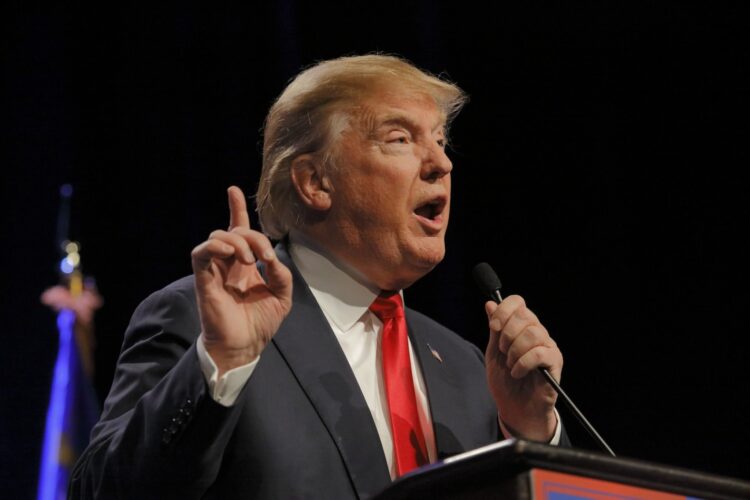 A series of brutally graphic videos, such as this one or this one, depicting unspeakable carnage has begun circulating in Iraq and Syria, horrifying the countries’ leaders and citizens alike.

“How could someone do such a thing to another human being?” ISIS executioner Abu Rumaysah asked after watching a shocking video of Republican presidential candidate Donald Trump shouting over Florida Senator Marco Rubio. “Do these people really think their religion calls for this?”

While Iraqis and Syrians have grown numb to news of atrocities in American politics, the sheer barbarity of the latest round of videos has managed to shake many ISIS leaders and supporters. More disturbing, many say, is the fact that the videos have actually led to an increase in Mr. Trump’s popularity.

“These people just aren’t like us,” ISIS Caliph Abu Bakr al-Baghdadi proclaimed, after hearing the crowd cheer Trump’s healthcare proposal. “They’ve been brainwashed or something. Our citizens have free healthcare…unless of course they’re not Muslim or as long as they pay a tax for being a non-Muslim.”

Though Iraq and Syria remain deeply divided, repulsion over the debate videos has been widespread across the political spectrum and has led to calls for action. Syrian President Bashar al-Assad has already agreed to accept a limited amount of moderate Republican presidential candidates as refugees.

“Even though these individuals may not practice the same religion as us, we cannot turn a blind eye to the suffering of victims like Jeb Bush, John Kasich, Lindsey Graham and countless others,” Assad said in an address to the Syrian people, after video surfaced of Trump insulting former First Lady Barbara Bush. “If I were to simply ignore these atrocities, I’d be no better than Donald Trump.”