Amira al-Falafi is the Mideast Beast’s correspondent in the Palestinian Territories. Raised by a senior Hamas leader in Gaza City, she escaped to the West Bank’s relatively liberal Ramallah at the age of 19 in order to live with her Christian boyfriend, Salim al-Falafi, with whom she now has twin daughters. Al-Falafi has a bachelor’s degree in government from Birzeit University, and a Master in Women’s Studies from the University of Oxford, where she was a Rhodes scholar and editor of the student newspaper, Cherwell. In addition to reporting for The Mideast Beast, al-Falafi promotes Gandhian non-violent activism in the West Bank and co-chairs Palestine's Cannabis Legalization movement. 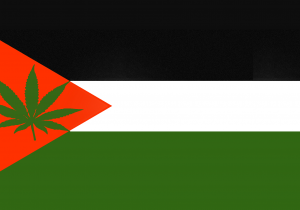 Palestine to Legalize Weed, Become the “Occupied Holland of the Mideast”

RAMALLAH – While smoking a joint decorated in the colors of his nation’s flag, Palestinian Authority President Mahmoud Abbas announced today that his country will become the first in the Middle East to allow the production, sale and consumption of cannabis. Explaining his surprising decision, Abbas said: “With the tax revenue and skyrocketing export income, we’ll bulldoze the West Bank’s refugee camps and build their long-suffering residents houses that put the red-roofed faux villas of the settlers to shame. We’ll... 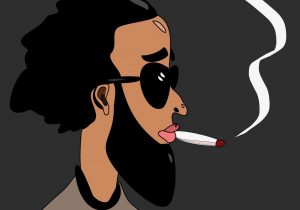 EAST JERUSALEM – In the wake of President Abbas’ shock executive order legalizing cannabis earlier this year, the Palestinian Authority held its inaugural National Cannabis Awards last night, honoring a range of stellar strains developed by a vanguard of patriotic potpreneaurs. Dubbed the ‘Palestoned Cup’ by promoters, a packed Faisal Al-Husseini International Stadium erupted in applause when the judges crowned Couch Jihadi the State of Palestine’s Cannabis Strain of the Year. “Expect a mind-blowing high from this neuro-terroristic hashish strain,... 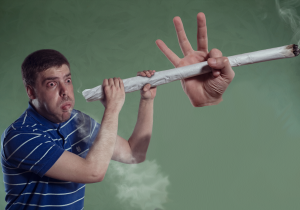 RAMALLAH – Vowing to “cannabize counter-terrorism efforts,” the Israel Defense Forces unveiled a highly unorthodox policy today to combat a spate of attacks against its soldiers and civilians. “Every morning, free marijuana joints will be distributed to Palestinians under the age of 30,” said Maj. Gen. Nisan Ya’alon of the IDF Central Command. “By blunting their rage with drug-induced bliss, we aim to prevent them from perpetrating future terror attacks,” Ya’alon said, referring to stabbings and car-rammings carried out by mainly young... 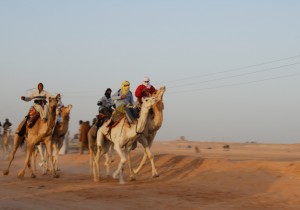 DOHA – Despite multiple bloody wars rocking the region, nearly 20 Middle Eastern countries have launched a joint bid to have camel racing declared an Olympic sport. A delegation is due in Switzerland next week to argue their case before the International Olympic Committee. At a press conference in Doha, Qatar’s Sheikh Jamaal bin Tamim Al Thani, chairman of the International Camel Racing Federation (ICRAC) and co-chair of the bid, said: “Camel racing is hugely popular across nearly 40 countries... 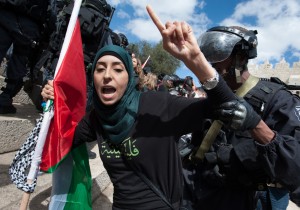 “As soon as he put his sensuous riot gloves on me, I knew he was the one,” relays a red-eyed, dreadlocked Jamila Khalidi; “I just couldn’t resist that intoxicating mix of schnitzel breath, ball sweat, cigarette smoke and gunshot residue.” Speaking to the Mideast via Skype from the Parvati Valley in northern India, the 19-year-old former law student recounts the day she met her lover at a protest outside Jerusalem’s Old City: “I realized then and there that I had a...

TEL AVIV – Amos Schocken, publisher of left-leaning Israeli daily Haaretz, has come under fire from a well-known Arab Knesset member after he published a scathing opinion article denouncing “the atrocious underrepresentation of Arab Israelis in the professions.” Reacting to a report by rights group Adalah, Schocken wrote: “Despite Arabs comprising over 20% of Israel’s population, they constitute just 1.2% of tenured academics, and a paltry 0.7% of doctors in public hospitals. This blatant underrepresentation proves just how racist the apartheid State of Israel is.” In response, parliamentarian Ahmad Tibi called Schocken a “flaming... 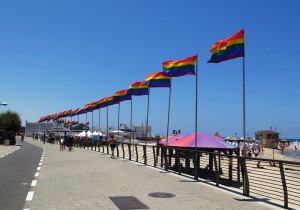 JERUSALEM – After decades of intractable conflict along social, religious and political lines, the State of Israel is finally to be partitioned into two countries: one ultra-nationalist, and the other hyper-progressive. Meeting in Jerusalem, Israeli Prime Minister Benjamin Netanyahu and newly elected gay Tel Aviv Mayor Tamir Tikkunolami announced the start of a two-year process that will culminate in a final-status agreement covering borders as well as security, water, trade and other bilateral arrangements. Explaining why he agreed to the... 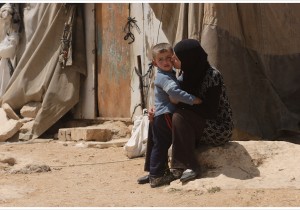 HEBRON – After declaring Palestinians “blood-sucking parasites unworthy of life,” prominent West Bank Rabbi Yosef Goepstein has expressed shocked indignation at accusations that he is no different than the Nazis, who described Jews in similar terms. Goepstein, the chief rabbi of Kiryat Arba and recipient of the 2015 Israel Prize for “Superior Contributions to Jewish Ethics and Talmudic Thought,” was filmed telling his congregation Saturday that “despite their outwardly humanoid appearance, Arabs are actually sub-human beasts addicted to Jewish blood…... 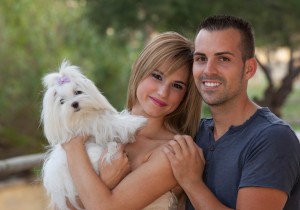 JAFFA-TEL AVIV – A Palestinian man working at a construction site in Tel Aviv is questioning why Israelis are so obsessed with animal rights while many of his countrymen languish under occupation. “Pet boutiques with names like ‘Doggy Chic’ and heart-wrenching lost dog signs are everywhere. But where are the posters commemorating Palestinian children shot dead execution-style by IDF soldiers?” asked an irate 23-year-old Abed Abu Marwan. “It also seems like every second restaurant is vegan,” the Hebron native continued....