Palestine to Legalize Weed, Become the “Occupied Holland of the Mideast” 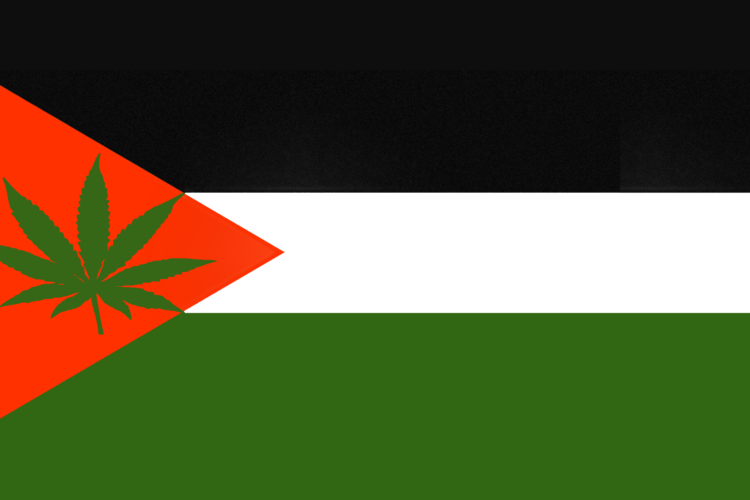 RAMALLAH – While smoking a joint decorated in the colors of his nation’s flag, Palestinian Authority President Mahmoud Abbas announced today that his country will become the first in the Middle East to allow the production, sale and consumption of cannabis.

Explaining his surprising decision, Abbas said: “With the tax revenue and skyrocketing export income, we’ll bulldoze the West Bank’s refugee camps and build their long-suffering residents houses that put the red-roofed faux villas of the settlers to shame. We’ll also prove that, contrary to Zionist propaganda, we’re not terror-loving sub-humans but enlightened progressives dedicated to protecting every person’s inviolable right to personal choice.”

Abbas’ announcement unleashed a wave of excitement among many otherwise disgruntled West Bank Palestinians. As one farmer from Jericho, 41-year-old Farid, told the Mideast Beast:  “Just wait to the world get its lips and lungs on my innovative hydroponic strains, Al-Aqsa Gold and Arafat’s Poison!” Another farmer, 27-year-old Hasan, echoed Farid’s optimism: “Instead of blowing up Jewish bodies, my Hebron Haze and Super Suicide Brain will blow their minds!”

Israel, however, has vowed to stymy the policy, reportedly in response to lobbying from the Union of Israeli Medical Marijuana Growers, as well as Prime Minister Benjamin Netanyahu’s fear that it could undercut his constant negative portrayal of Abbas. Said IDF Central Command Maj. Gen. Nisan Ya’alon: “Let’s see how the Palestinians manage to produce quality product when we control the vast majority of the West Bank’s land and water resources, let alone get it through the territory’s border crossings for export – all of which are administered by us.”

Settler groups – known for cutting down Palestinian olive trees – instead enthusiastically backed the PA’s policy, with a leader of the notorious Hilltop Youth saying, “Not only will we be able to widen our campaign of maliciously damaging their livelihoods, but we’ll steal mind-blowing weed at the same time. Viva Abbas!”