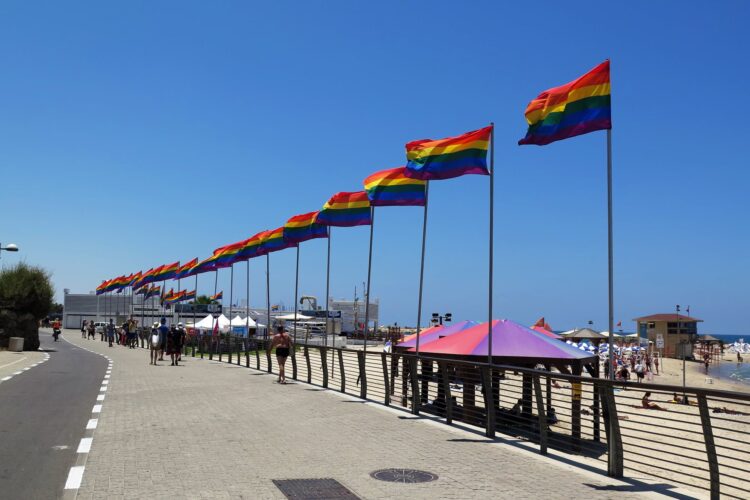 Out with the Star of David, in with the rainbow: Pride flags flanking Tel Aviv’s coastal promenade. © Natalia Salyaeva

JERUSALEM – After decades of intractable conflict along social, religious and political lines, the State of Israel is finally to be partitioned into two countries: one ultra-nationalist, and the other hyper-progressive.

Meeting in Jerusalem, Israeli Prime Minister Benjamin Netanyahu and newly elected gay Tel Aviv Mayor Tamir Tikkunolami announced the start of a two-year process that will culminate in a final-status agreement covering borders as well as security, water, trade and other bilateral arrangements.

Explaining why he agreed to the ‘Free Tel Aviv’ movement’s demands, Netanyahu (to be known as King Benjamin I) said: “Though we’ll lose our economic heartland, this way I’ll be able to rule the rest of the country for life, without having to moderate my policies to appease that enclave of terror-appeasing liberalism. In the Kingdom of Judah – which will promptly annex the West Bank – Jews will no longer have to face the indignity of sharing roads, parks, beaches or anything else with Arabs – except air.”

In contrast, the Atheist Queerdom of Greater Tel Aviv “will be the world’s most democratic, interracial sex-crazed nation,” declared Mayor Tikkunolami. “Our tax money – instead of going to settlements and yeshivas – will fund a one million euro baby bonus for atheist mixed Arab-Jewish couples, and luxury high-rises and university tuition for Palestinian refugees who qualify under our Right of Queer Return.”

Palestinian Authority President Mahmoud Abbas, however, denounced the news: “The only country in need of liberation is occupied Palestine! If Tel Aviv secedes, our subjugation will only become more entrenched. What, those tofu-eating Sodomites are more oppressed than us natives?” Thinking his mic was turned off after the press conference ended, Abbas was then caught muttering, “If only Hitler hadn’t invaded Russia, I’d be the f**king King of Palestine!” 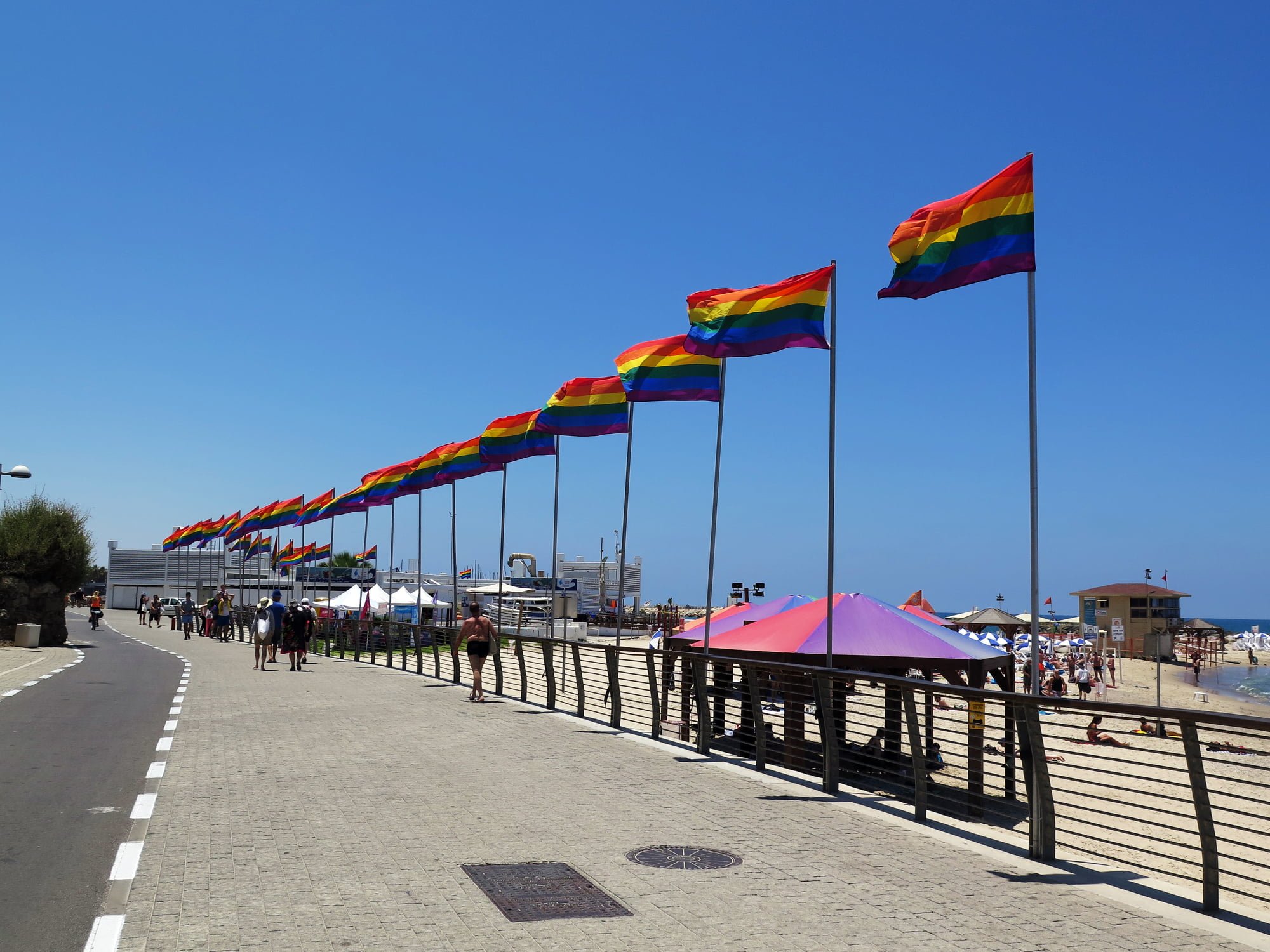