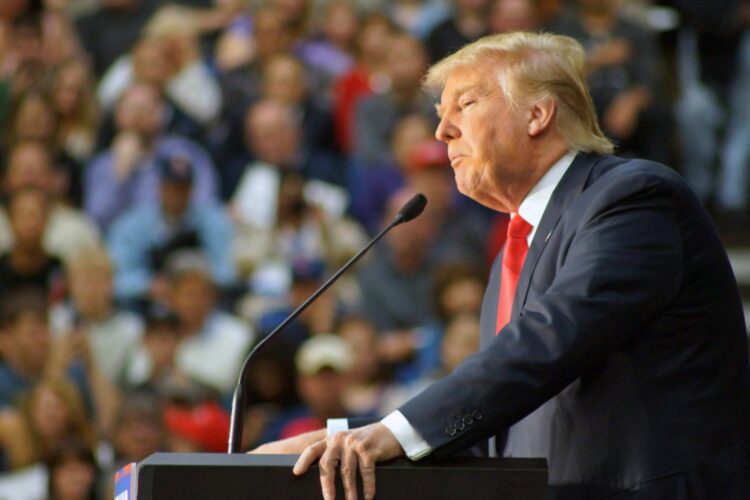 “There were many who laughed at me when I declared the restoration of the Islamic caliphate and promised that it would bring about the downfall of the American infidels,” Baghdadi declared, standing on the deck of an aircraft carrier underneath a ‘Mission Accomplished’ banner. “I hate to say I told you so, but not even two years later, these two idiots are on the verge of running the country.”

Baghdadi then stepped aside as a video of Palin’s endorsement of Trump was shown on a Jumbo Tron, with Palin’s line calling Trump “a commander-in-chief” who will “kick ISIS’s ass” receiving the loudest laughter from spectators.

“I know that I promised that our Caliphate will bring America to its knees, but honestly, what more can I do?” Baghdadi asked. “Attacks on the U.S. are pretty much pointless now.”

Al Qaeda leaders called Baghdadi’s “Mission Accomplished” declaration premature but acknowledged that, with Trump ahead in the polls and Palin likely to have a role in his administration, further jihad against the U.S. may soon be gratuitous.