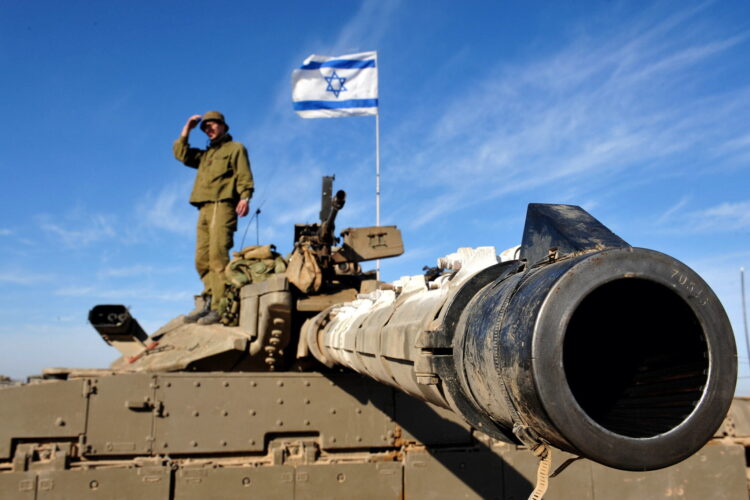 A drive to advance weapons design to the leading edge has backfired on the Israel Defense Force (IDF) as various pieces of equipment have become self aware and developed an overwhelming desire to see Iron Dome, Israel’s missile defense system, “brought down a peg or two”.

A Mekarva IV tank from Jerusalem complained, “here I am busting a track to keep the Jewish People safe from a bunch of anti-tank wielding fanatics and what thanks do I get? Sweet fuck all! People are all staring up at the sky and shouting, ‘Go Iron Dome, you’re a miracle!’

“You know what a miracle is? Slotting a 120mm round into a Hamas mortar team at 2km, that’s a damn miracle…. I mean come on! Most of those rockets aren’t even heading our way. People might as well thank the Mediterranean for absorbing the blast.”

An exhausted F-16 from just outside Tel Aviv added, “me and my buddies have been humping bombs for the last three weeks without as much as a pat on the extended fuel tank. And these laser guided smart ones are super heavy. We were all like ‘why can’t we have some of those lighter dumb ones?’ And the IDF legal team were all moralizing ‘no, we have to ensure accuracy and reduce civilian casualties’.

One self-satisfied Iron Dome system near Israel’s international airport was nonplussed. “I thought we were all in this together, I’m really a team player. It’s not my fault I’m an awesome ‘women and baby protecting guardian of the motherland’ and everyone else is just a rolling war crime waiting to happen.”