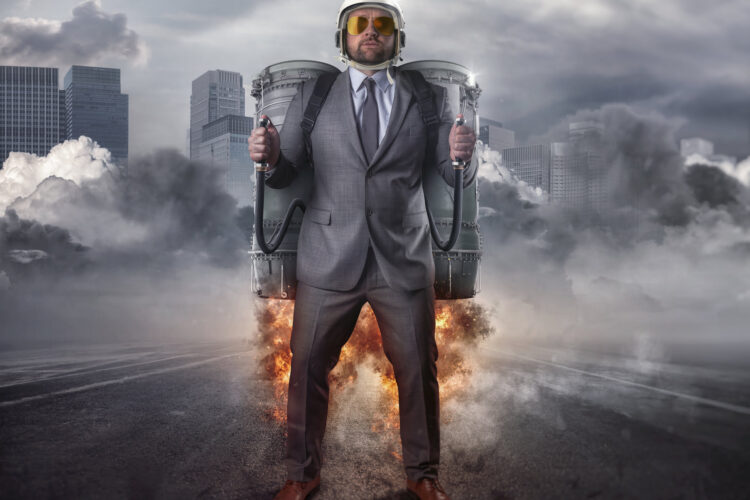 HAIFA- Engineers at the Technion (Israel Institute of Technology), have announced their intention to solve one of the greatest hurdles to everyday travel by jetpack.  With the popularity of Iron Man and the Marvel Cinematic Universe, an increasing number of individuals and companies have attempted to build working jetpacks.  But regardless of their fuel efficiency, potential speed, or likelihood of killing you in a fiery epic faceplant, they all invariably run into the same problem. You just can’t seriously laugh in the face of God’s design with the advent of human flight while your legs flop around behind you like cans tied to the bumper of a “Just Married” car.  This is the reality of any nerd who built and tried to fly a jetpack between now and when Moses climbed Mount Sinai rather than being blasted to the top with a pair of rocket sandals.

“When we fix this problem,” lead scientist Shamir Orahn told TMB, “it will be one of the most important scientific breakthroughs in history!”  Orahn maintains that if and when his team is able to solve the “legs issue,” a Nobel Prize wouldn’t be out of the question.  “Imagine a world where you could jet around without people laughing at you because your dumb, useless legs aren’t just flopping around up there!”  Despite the hype, the determined Israelis are keeping their plans well hidden from public view.  Orahn commented, “It’s like the secret Jewish world bank and the base on the dark side of the moon. Really, we deal with the challenges that gentiles can only dream about. Flappy legs are nothing compared to the world government blueprint the guys are working on over in that dormant volcano.”