UN peacekeeping force to ‘investigate’ and then flee from Lebanese invasion 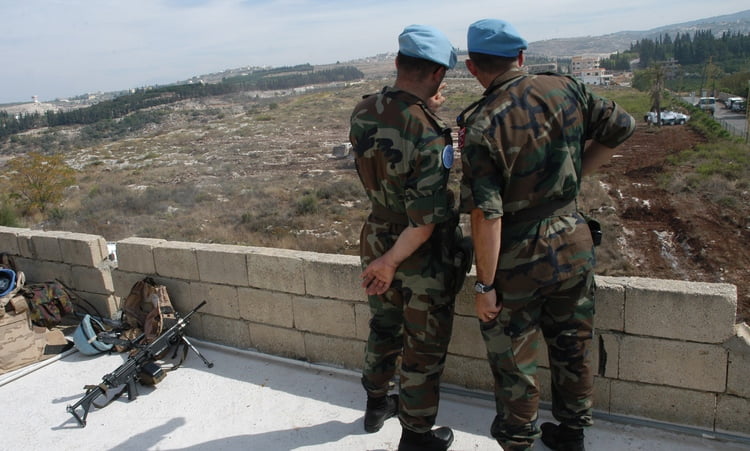 The UN has announced it will station more people standing around in fetching blue helmets on the Israeli-Lebanese border because, in the words of one spokesman, “things recently got a bit lively”.

The UN has been sunbathing at the Syrian-Israeli border for the past 30 years. And have garnered much praise for having kept the peace by a policy of rolling over and fucking off to the Israeli side of the border at the first sign of trouble.

A UN peacekeeper, wishing to remain anonymous as he relaxed at a hotel resort in Israel, told The Israeli Daily: “It gets a bit boring day to day when you’re just sitting at your post. We like to sunbathe a bit, and try to enjoy our time out here. So when the whole ISIS thing went down, what else could we do? We were hearing some really scary shit about beheadings, burnings, and crucifixions only 400 miles away.”

He cried, “We’re peacekeepers, not soldiers for fuck’s sake! We had no choice but to flee to Israel. What? The Israelis really know their shit when dealing with this kind of stuff. And now the Lebanese border seems to be heating up and we’re being sent up there to investigate. Honestly though, we’re all really excited. I hear there are some of the best views and restaurants in Israel up there.”

Asked whether he anticipated an actual investigation of the Lebanese-side of the border, the source continued: “what, go into Lebanon? Pff, maybe for like five minutes just to say we did it, but that shit’s dangerous. We tend to leave that kind of thing to the IDF. I’m pretty sure they’re due another invasion some time soon.”