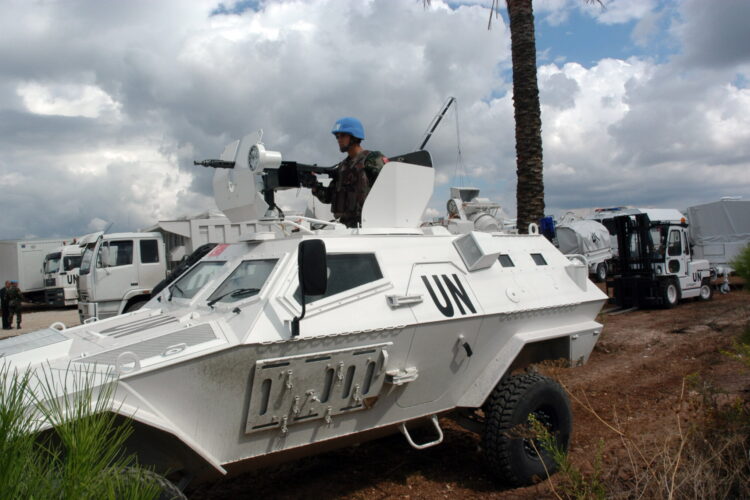 In a ‘not-in-the-least-shocking’ move, United Nations peacekeeping troops stationed in Syria have abandoned their headquarters and crossed over into Israel.

According to one commander in the UN’s Pack up and Run Department, “It is true that this is the 177th time we’ve ‘pulled a roadrunner’ since the UN was established. But, we will continue the tradition of sending semi-trained, underpaid soldiers from the developing world to really dangerous ‘hot spots’ in order to maintain peace and stability. I mean, come on at some point this shit’s gotta work!”


Speaking to The Mideast Beast’s Rani Steelballs, one UN soldier from Fiji summed it up pretty well, “Fuck this place! I snuck over to an Israeli base stationed near us and I asked an Israeli General for some tips. “You want a tip? Ok, see that big gun around your shoulder? Perhaps, and just a random thought here, aim and shoot at the guys with swords.”

“I told him the UN doesn’t really allow us to use our weapons to fight on peacekeeping missions. He face-palmed me.”

Two highly decorated UN officers from Bangladesh and Cameroon confirmed the UN’s decision vis-à-vis Syria. “Following in the footsteps of our predecessors, we’ve decided to abandon our mission and just leave the fighting to militaries that actually know what they’re doing.”