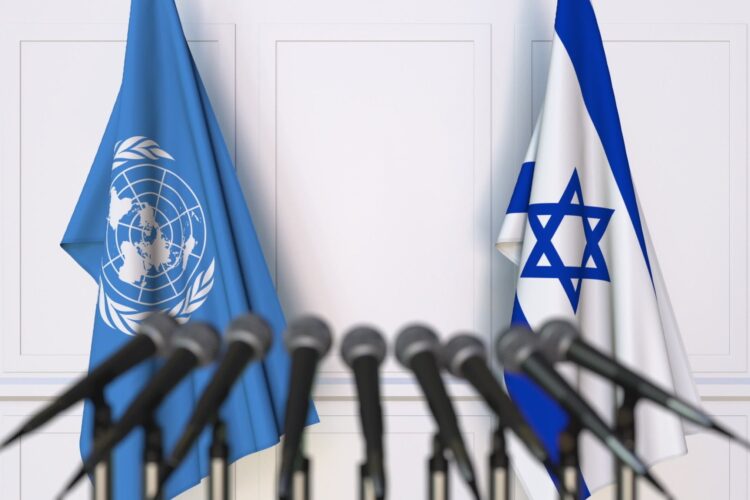 The United Nations has closed due to a coronavirus scare in New York and Geneva. The UN General Assembly remotely condemned Israel, widely blamed for “Coronaizing the world” after “credible intelligence” was provided by the Iranian regime’s Conspiracy Ministry.

“This is a sad day for humanity, which the UN dutifully serves 24/7 by regularly passing super-balanced resolutions against the “Zionist Kike Occupation Government” and its virulent crimes against humanity, such as the medieval Black Death and the coronavirus.”

“Israel clearly seeks to silence critics in bastions of human rights like the UN and the recently closed corona-infested Iranian parliament.

Moshe Singer, an Israeli government spokesperson, reacted to the UN’s corona accusation with an opaque response. “Israel will not be the first to introduce virulent doomsday weapons in the Middle East. However, if Tel Aviv sneezes, the Tehran regime could suffer unpleasantly lethal coughs.”

Mr. Singer did not deny certain corona-related fringe benefits. “Due to the corona crisis, a trial against a certain indicted Israeli Prime Minister could potentially be postponed indefinitely. It also facilitates Israel’s annexation of certain disputed territories.”