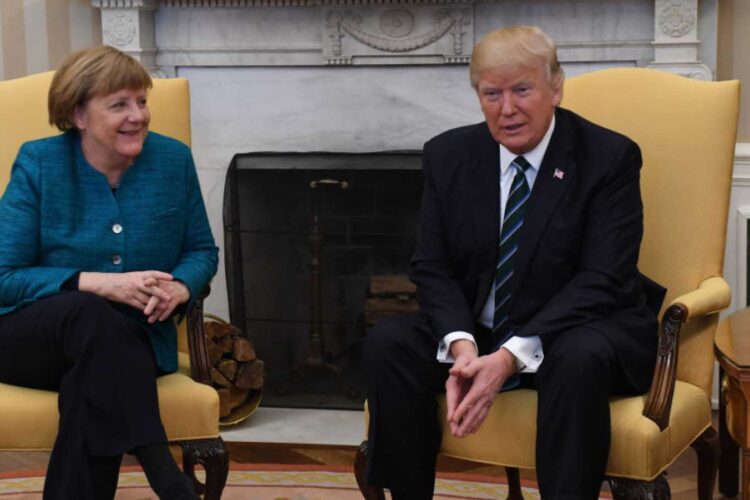 Image from The Daily Wire in "WATCH: Trump Refuses Handshake With Germany's Merkel" at http://bit.ly/2nieQWe

President Trump’s refusal to shake German Chancellor Angela Merkel’s hand has won him the support of Israel’s Haredi community, as religious conservatives welcomed an unlikely ally in their battle against the mixing of the genders.

“For years we’ve been refusing to sit on planes or busses with women who are not our wives because any physical contact between the sexes is wrong, and we are glad that the president has finally come around,” a spokesman for the ultra-orthodox, Jewish community told The Mideast Beast. “President Trump should not grab any woman except Melania by the pussy, or by the hand.”

The Haredi were not alone in their praise of Trump. The Saudi religious leadership also released a statement expressing support, saying that they stood in solidarity with the American leader in his refusal to mix genders.

“I just hope he didn’t let her drive herself to the White House,” a Saudi leader noted.