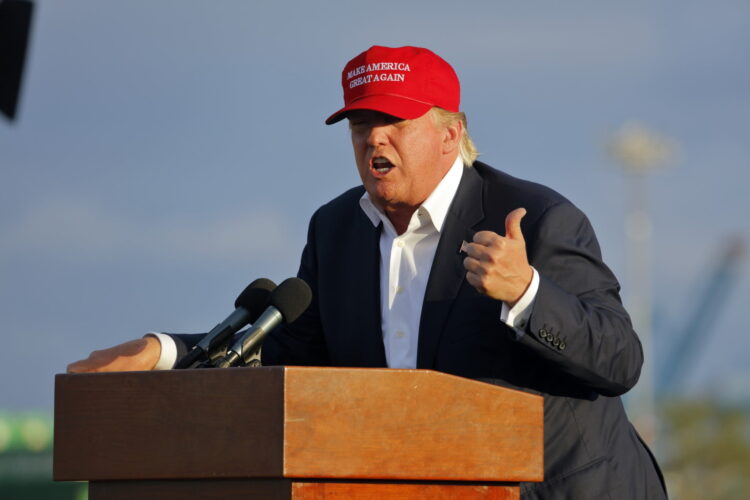 TUCSON – Citing his “terrific compassion,” GOP presidential nominee Donald Trump has offered ‘Make America Great Again’ hats to all would-be deportees from the U.S. to “shield them from the harsh sun back in their homeland.”

“And they say I’m a cold-hearted racist!” the billionaire told a rally in suburban Tucson yesterday. “Believe me, the Mexicans will be overjoyed with this token of their illegal stay in our amazing country,” he said, pointing to the red hat that has become synonymous with his campaign. The comments follow Trump’s recent attempts to water down his pledge to deport over 11 million undocumented migrants – seen as an attempt to woo moderate GOP voters repelled by his long list of incendiary comments against immigrants, Muslims, women and others.

In further remarks seemingly aimed at softening his harsh rhetoric, Trump told the Arizona rally that “good Muslims might still be able to enter America” under a Trump Presidency, provided “they skull the Budweiser and eat the pork sausage given to them by border officials. Hell, I may even be kind enough to exempt them from wearing the Green Crescent patch…”