Trump: I Will Keep the U.S. Safe by Installing 19,354 Iron Dome Systems for Every City and Town 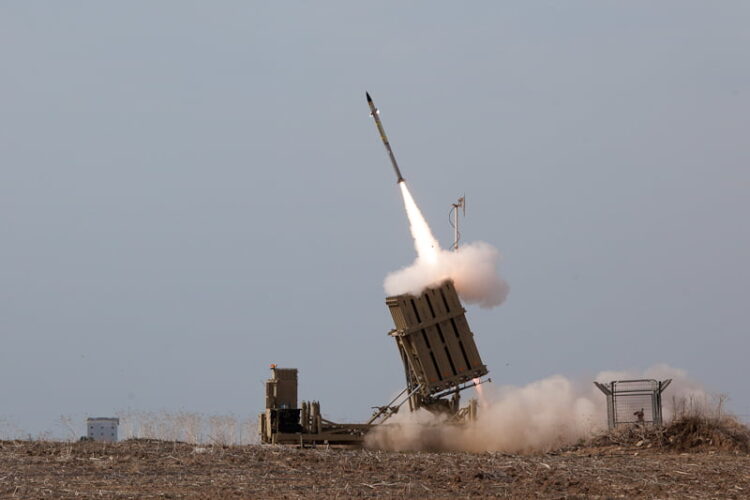 Citing Israel as a shining example of a country with strong national security and a ridonkulous military budget similar to the U.S., Donald Trump unveiled his strategy for protecting Americans from terror attacks. “Israel clearly knows what they’re doing. After all, they’ve been at war with Hamas for what, only 25 years now,” Trump told reporters. “Just look at their Iron Dome technology, which has prevented countless attacks on Israeli soil. My plan: as President I will install one Iron Dome in every city and town across America. That’s one Iron Dome system in 19,354 incorporated areas within the U.S. I’m confident that good citizens who want to “Make America Great Again” will take no issue with taxpayer money to be used for such a threat, which by the way is incredibly lower than domestic gun violence. I know a good deal when I see one.”

“Like all of my other promises, I probably won’t be able to deliver on this because of little annoying things like the budget and Congress.”

While critics maintain that Mr. Trump is playing into American exaggerated fears of terror threats, Trump claimed, “Hamas is a threat to Israel, and who knows, they may try shooting one of their rockets with a reach of 150km from Gaza into a small town in Iowa. They are out to get us, good Americans!”

When asked by reporters about the massive expense of installing one Iron Dome system in every single American city and town, Trump responded: “Do you want to keep our country safe from Islamists? I’m sure every American-loving taxpayer will have no issue with paying for the missile defense systems that could take down any missile Hamas can fire from Gaza. Obviously, this works for Israel, and I love Israel, don’t you? They have the best wall over there, and you know I have a soft spot for walls.”

Trump also added, “And who knows, maybe Iron Dome will keep out the rest of Muslims too. We need to keep them out until we figure out what the hell is going on because as a man with zero political experience running for U.S. president, I definitely have no clue.”