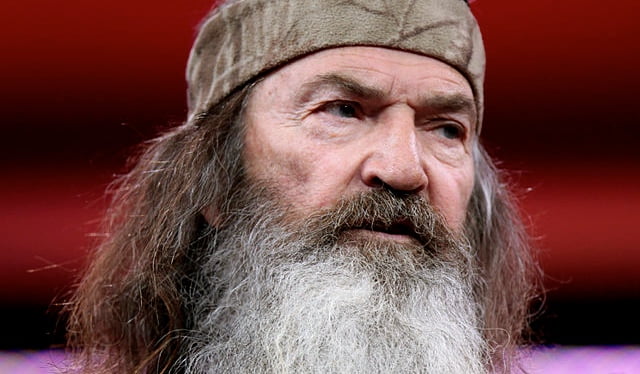 Senior ISIS leaders have been seeking confirmation on whether “Duck Dynasty” is something that people actually watch, or just some elaborate prank that they just aren’t getting.

Abu al-Masri, a professional head separator with the organization, was clearly confused, “We’ve had a few set backs lately, but the upside has been a little more time to catch up on our favorite shows, and suddenly this ‘Duck Dynasty’ thing came up in our “other shows like this” choices. So for the last week we’ve been glued to a laptop scrolling the Internet for proof that it’s not some crazy elaborate Zionist fake, you know like 9/11 and the trashing of Taylor Swift’s career.”

“What we really want to know is, is Phil Robertson on the level? Because on the one hand he’s saying some pretty sensible things about the gays, you know stuff we can really get on board with. And on the other, he seems to think that American troops aren’t here anymore. I don’t want to split hairs with the guy, but me and the boys just got strafed by something that looked awfully like an F-18.”

“He has got a fair point with the whole ‘convert or kill us’ line of thinking. However, let’s all be fair, we’ve been a bit more successful on that front than he’s been. Though, if a ‘Duck Commander’ is as cool as it sounds, we might need to have a further discussion, because there’s no hiding that we could do with a morale boost right now.”

“Sean Hannity is brilliant though, I really wish he was working for us, he’s got that mad glint in his eye that we can all really relate to.”