‘Islamic State’ just not that into day-to-day politics 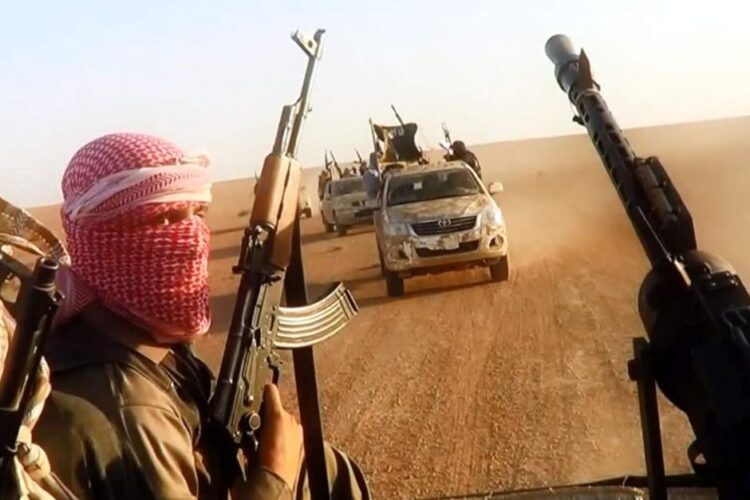 Courtesy of AFP, image taken from an ISIS propaganda video purports to show militants driving near the central Iraqi city of Tikrit (AFP/ISIS)

The ‘Islamic State’ (IS) has expressed surprisingly little interest in the makeup of the new Iraqi government, spokesman Nidal Nuseiri said. “This hum drum daily grind stuff just isn’t our thing. We like to deal in broad strokes, preferably in a downward direction.” “I’m sure it makes the Satan worshipers over in Washington feel good to see the new Cabinet looking like an advert for the opening of the latest Benetton store in Baghdad but, and I don’t want to come across as racist here, they really do all look the same to us when they are running screaming in the opposite direction. And everyone’s brown after a good tire burning, am I right?”

Related: Military Aid to Iraq includes lessons in shooting straight and not running away

“We’re also not sure that we can get on board with ‘taking concrete steps to address the aspirations and legitimate grievances of the Iraqi people.’ That just seems like a lot of work when in fact everyone just needs to read the Koran, read it some more, then again, and finally just agree with our interpretation. And we must be right otherwise God wouldn’t have given us all these cool grind stones.”

“However we do agree wholeheartedly with Satan-worshipper Mr Kerry’s assertion that everything will be great as long as the government ‘strengthen its democratic institutions, meets the needs of its vulnerable citizens, combats terrorism and unites in its resolve.’ Sure, and when you see him next can you tell him we have a Unicorn to sell him, one careful owner, priced to sell.”