Trump Bombshell: “You Got Me: I Have a Black Soul” 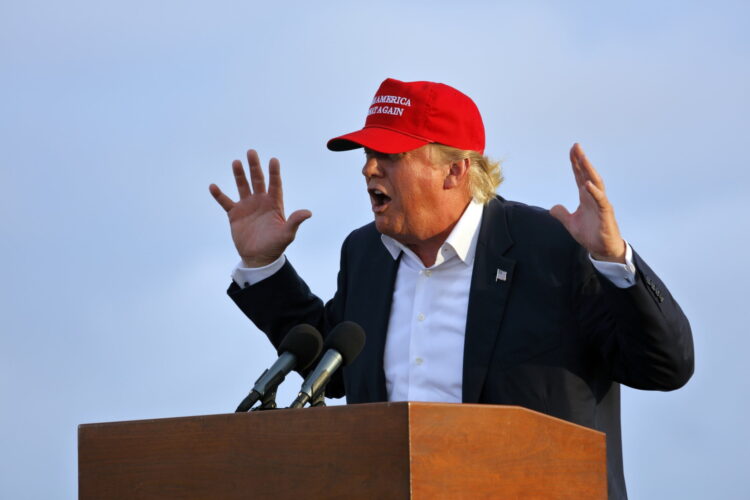 In a surprising move Donald Trump has agreed with Khizr Khan, the father of a Muslim US soldier slain in Iraq in 2004, that he has a “black soul”, and lacks basic human empathy.

“You got me! This is one thing, besides my freakishly small hands and tax returns, that I’ve been hiding from the American people. I do have a black soul. But not like Khan thinks. I always felt different, growing up in the in the all-white Jamaica Estates section of Queens. Other kids played badminton and were dropped off at school in chauffeured blue Cadillac limousines. Meanwhile, I would sneak out of my family’s brick home on Midland Parkway, take the F train to the city and shoot hoops with the local negr…I mean bla…I mean African-American kids,” Trump confessed.

Responding to accusations that he’s merely trying to reach out to African-American voters, the Republican Party’s standard bearer commented “I only started dating white chicks when my father threatened to disinherit me. I lived a secret double life for so long, hot summer nights with tanned Latina, Trinidadian, Haitian and South Asian hotties. I was a one-stop land of opportunity!”

Meanwhile, Democratic presidential nominee Hillary Clinton has sought to change any perception her soul is less than purest white. “To show the American people just how trustworthy I am, I will be smiling more, keeping better eye contact and nodding constantly to show that I’m really focusing on what the voters are saying. At least that’s what the good people at Goldman Sachs have instructed me to do,” Clinton said.